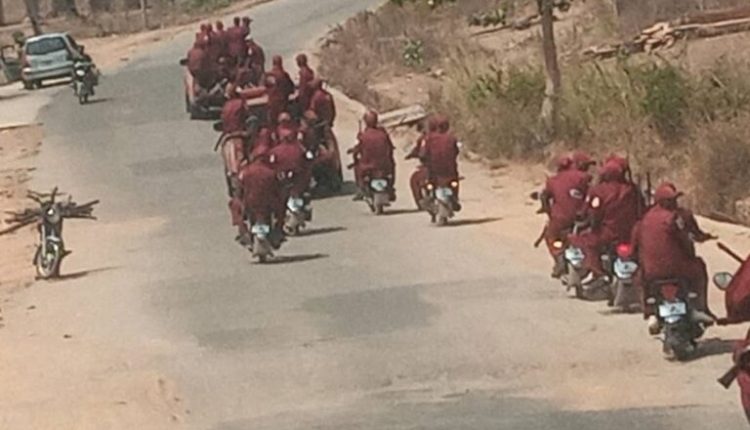 Operatives of the Shoreline operation have foiled an attack by armed hoodlums on the residents of Yemetu-Idi IDK area as hoodlums clash over unknown reason.

The group of hoodlums has been on the rampage in the community since Monday night in an attempt to revenge the attack on one of them by Yemetu boys.

TODAYSPLASH gathered that this group of Sapati boys had on Monday clashed with Yemetu-Idi Odo boys where the avenue was used to burgle shops, snatch phones as they conveniently carried out robbery without the intervention of any security.

In about an hour after resuming the fight on Tuesday night, the officers of Amotekun came to rescue the community where one of them “Qudus” was shot and many were injured.

Seyi Makinde: A Model Of Good Governance In South West And…

The 130-year-old Bible Biden has been using for his…

Oyo Govt. Goes Tough On Roadside Traders,Ordere Them To…

Speaking with newsmen, a member community who pleaded anonymity appreciated the security officers who came to rescue the community.

“The way small boys of nowadays terrorize our communities is quite alarming. The do the unthinkable to people in broad day light and no one has the courage to tackle them. A member of this community was hacked with matchete after snatching his phone.

“We appreciate Amotekun for coming to save us from these thugs. We never thought that we would sleep overnight because whenever they are on the rampage, everybody is always awake so that they don’t start burning houses and shops in the community.”

The family of the deceased was said to have left with the body late in the night around 11pm.