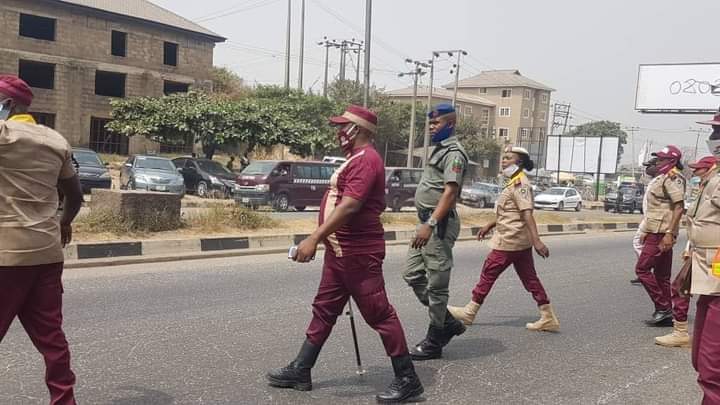 The crash which occurred at about 9:00am on Wednesday involving a Mazda pick up van, a tricycle and three motorcycle, who were driving recklessly via one way and later collided , injuring at least six persons.

The victims has been rushed to a nearby hospital and The OYRTMA rescue team is on ground to remove the vehicles involved and tow them to Mokola police station for further investigations.

Groom To Be, Alledgedly Murdered By Next-door Neighbour For…

We Paid N.8m To Someone Gumi Introduced Us To –Parent Of Kidnapped Kaduna Student…