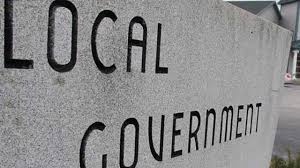 The Deputy Speaker, House of Representatives, Ahmed Wase said on Thursday that the raging insecurity in the country could be drastically addressed with the reformation of the local tier of government.

Wase said this while declaring to open a leadership training programme for elected local government Chairmen and Councillors from Delta state in Abuja.

He assured that the Senate and House of Representatives will amend the Constitution, to overhaul the structure of local governments in the country.

“Not the third tier that when you do Federation Account Allocation some few persons will go and sit somewhere in small rooms, do all the cuttings and send out the peanuts. Meanwhile, the bulk of the problems, being it infrastructure, insecurity is there at the grassroots.

“I come from one of the remotest parts of this country. I know how local government administration was then in the past, not the one we are having today and I believe collectively all of us we can make it work again. We can change the narration, we can make it better”, Wase stated.

The Deputy Speaker commended the sponsor of the Programme, who is the Minority Leader of the House, Ndudi Elumelu for organising the capacity building for local government leaders in his Constituency and urged the participants to use the knowledge for the efficient service delivery to their people

In his remarks, Elumelu said the training was his efforts to ensure capital capacity building that would equip the Chairmen and Councilors for more efficiency as representatives of the grassroots.

Amotekun Rescues Community As Hoodlum Clash, Kills One In…

“My dream is to ensure that at the end of this exercise they’ll be well-groomed, well informed and they will be empathic and also see themselves as people representatives that will go back and showcase all that they have learnt here and put them into good use. This is the reason why I focused on this capacity building”, Elumelu added.

Guest Speaker at the event, Epiphany Azeinge said at the third tier of government, the trainees were critical stakeholders in Nigeria’s federal system of government and they must show responsibility in ramifications of their duties and obligations.

“You do that by showing and demonstrating leadership to your staff and your people by being accountable in all you do, by being selfless and altruistic by observing due process and the rule of law by avoiding the culture of impunity.

“By identifying priorities and pursuing them to logical conclusions. Learn to be frugal and prudent in the management of public funds, always realize that public fund is a public Trust”, he stated.

In a goodwill message, the Peoples Democratic Party (PDP) National Woman Leader, Mariya Waziri commended the Minority Leader for making conscious and deliberate efforts to redeﬁne leadership from the current state of redundancy to an advanced global acceptable standard of efficiency and effectiveness in job execution.

“Today‘s event reafﬁrms the need to begin to do things differently, one of which is the need to always include more involvement of women in party activities which will further endear our

party to the people and set us at a winning and advantageous position going into 2023 general elections”, she said.

Hijab: We Will Push For Our Children To Wear Our Beads, Emblems In Schools, Organisations — Ifa Priest, Elebuibon