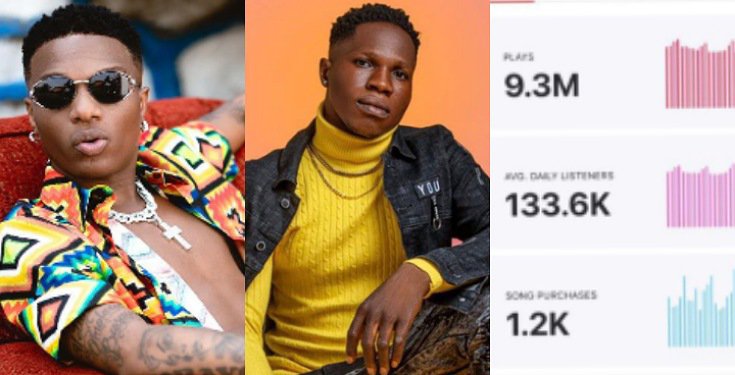 A Wizkid impostor going by the name Wisekid has played a fast one on hapless Wizkid fans on apple music by uploading a replica of Wizkid’s Made in Lagos album. Thereby diverting some traffic to himself.

The tracklist of the replica album dubbed Lasgidi Made, can be seen to be identical to Wiz’s album, thereby hoodwinking unsuspecting music lovers.

The album which has gone on to amass a total of 9.3 million streams translating to a profit of over 30 million naira was brought to the notice of the public when fans shared screenshots of their Apple Music replay.

Fans noticed a certain Wisekid a relatively unpopular artiste, doing numbers close to that of Wizkid and checked out the album.

Upon investigations, the albums were discovered to feature identical tracks.