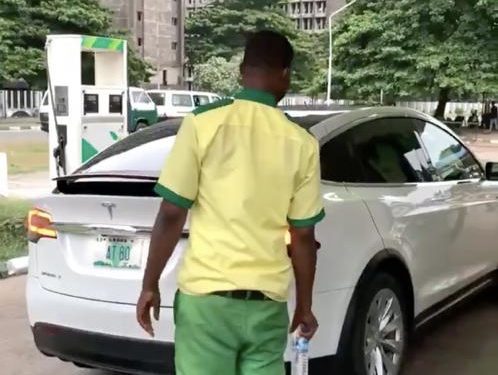 A car enthusiast with handle, @234drive on Twitter drove a Tesla (electric car) into a petrol station and this was what happened.

After frantic efforts by the fuel attendants to find the fuel tank cover, he told them “You no know say na Tesla be this? E no dey use petrol, na electric car”.

I Didn’t Tell Anyone I’ll Remain In PDP Forever –…

Anyone who sees the sexual assault by Baba Ijesha but…

Just In : OYSIEC Starts Recruitment For Ad Hoc Staff Ahead…

The video has left some Twitter users enraged. They said he didn’t have to make mockery of them before educating them.

What do you think?