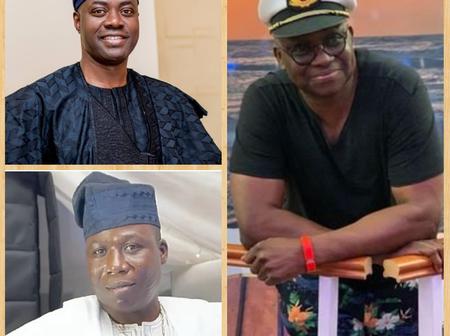 In a press statement, spokesperson of the youth group, Lukman Ajagbe, alleged that ex-Governor of Ekiti State, Ayo Fayose has been having meetings with Sunday Igboho and may have hired Igboho and some members of the APC, to scuttle the Congress and attack some delegates.

He said: “Intelligence reports reaching us have revealed all the dirty behind the scenes meetings and resolutions between Ayo Fayose and Sunday Igboho, who until recently, before he gained notoriety as a freedom fighter, was a known political thug. We cannot forget in a hurry how Babafemi Ojodu exposed Igboho as a man who is hired to disrupt and carry out all kinds of political crimes. We are aware of every meeting with Igboho after another political thug had reneged. Fayose and some unscrupulous elements in the APC have finalised plans to cause mayhem at the Congress He met APC leadership yesterday, Friday, 9th of April and met with Sunday Adeyemo Igboho on strategies to neutralise some delegates from South West states”, He alleged.

The youth group in the statement, warned Fayose to stop his “wicked and evil plans” else he will meet the highest wrath of the law: “We will not tolerate any chaos at the congress or any attempt to harm any of our delegates. We have informed all security agencies to be on the lookout for those who may storm the venue to unleash any kind of terror.

We want the world to know that Fayose is a man who hugs violence as his lifeline. All his plans and shenanigans have failed and now he has taken the desperate path. God will shame him”, the spokesman said.
He also advised Sunday Igboho to restrain from allowing himself be used by any political miscreant.