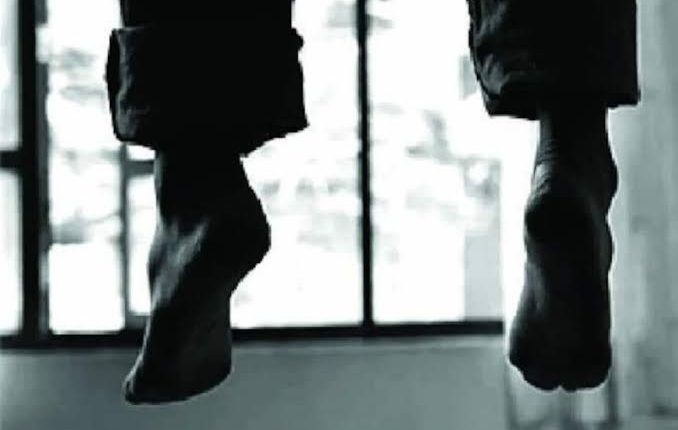 A middle-aged man whose identity has not been ascertained has committed suicide in Ibadan, the Oyo State capital.

TODAY SPLASH gathered that the man hung himself on a tree in the early hours of Friday.

Our correspondent gathered that the incident happened at the Nigerian Breweries junction along the new Ife-Ibadan expressway.

A source hinted that the man was seen hanging himself by residents of the area on Friday.

It was gathered that none of the residents was able to identify the man.

The source added that the man may have come from a far location to commit suicide in the area.

Residents of the area have now asked the government to evacuate the corpse.

BREAKING: Oyo PDP Releases Names Of Aspirants Ahead Of LG…

“He just came from nowhere nobody knows him in the area. Government and security operative should please come to our rescue in removing him from the tree.”

Osifeso in his reaction said the corpse of the deceased has been deposited at Adeoyo State Hospital Mortuary.

“Upon receipt of this information, a team of detectives visited the scene, to gather evidence and identify the deceased, the corpse is currently deposited at Adeoyo State Hospital Mortuary, while an investigation is still in process.”