Editorial: Seyi Makinde, the PDP and the Southwest Political Structure 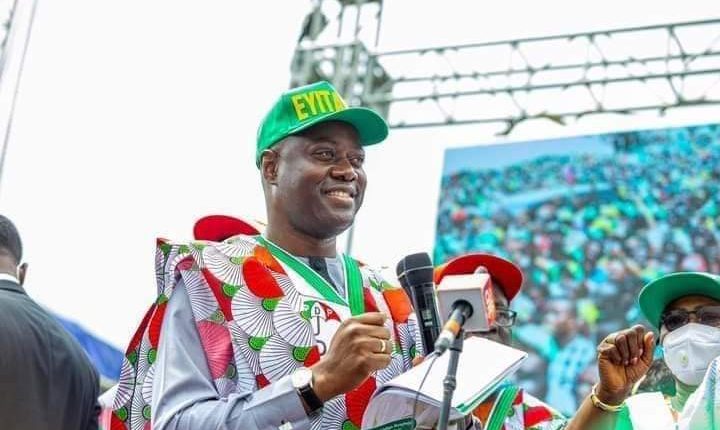 This is not a political analysis of Nigeria’s southwest politics. Oyo Affairs leaves such commentaries to political historians who have studied the rise and fall of political structures. This is a call for introspection, not only by the key players in the ongoing brouhaha within the Peoples Democratic Party (PDP) but also by lovers of democratic tenets nationwide.

It is no longer news that the PDP Southwest congress has been postponed twice. First, it was to hold on March 6, 2021. The National Working Committee (NWC) of the PDP moved it forward because, according to them, they did not want to disobey court orders. Then they fixed it for Saturday, April 10, 2021. This date was again moved. As of this writing, the congress has been moved entirely out of Oyo State to neutral grounds – Osogbo, Osun State – and is scheduled for Monday, April 12, 2021.

Whatever the outcome of that congress, the past few weeks have shown that the PDP needs restructuring.

As 2023 approaches and Nigerians are looking for options and searching for empathetic leadership, it is a shame that the supposed hope, the PDP, is playing games with one of the stars on Nigeria’s current democratic dispensation.

First, there were rumours that Governor Seyi Makinde is leaving the PDP because of the lingering disagreements between him and former Governor Ayodele Fayose of Ekiti State. Governor Makinde has shown again and again that he has no immediate plans of leaving the PDP.

BREAKING: God Is Angry With Buhari, He Should Resign –…

Man Stabs Mother-in-law To Death In Ogun After Beating,…

Just recently, he was one of the governors on a mission to Zamfara State to plead with Governor Bello Matawalle not to leave the party.

It should be a source of worry to the PDP that the APC members have not clarified that they have not been courting Makinde to move over to their party. However, it seems that the PDP, or certain PDP members, are trying to force him out of the party.

For example, while Makinde has largely remained silent over his disagreement with Fayose, the latter has used every media opportunity to rubbish his party’s only sitting governor in southwest Nigeria.

The decision to move the PDP Southwest Congress to a new venue and a new date appears calculated to force Makinde’s hands and make him walk away from the party.

It is befuddling that a party that claims to be repositioning itself to win more states in the southwest is ignoring the wishes of the only governor they have in that region. Even though Governor Makinde’s body language shows that he has taken these actions in stride, the PDP NWC and other stakeholders need to think deeply about the decisions they took on this matter.

PHOTOS: Gov. Seyi Makinde Celebrates AkinOosa on His Birthday, Says He Is An Asset To The State