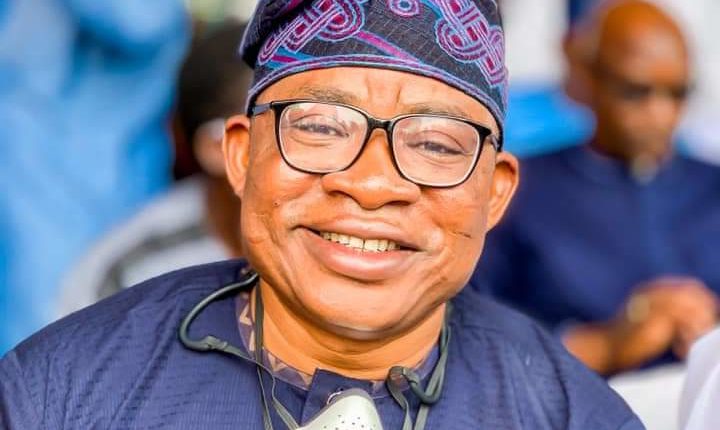 Ajia Balogun who is also a chieftain of All Progressives Congress, APC in the capital of pacesetter state, disclosed that on Saturday, April 10 while featuring on Fresh FM, Political Circuit anchoring by Isaac Brown and some other notable journalists in Ibadan.

Oloye Adegboyega stressed that PDP had become the personal business, property and appendage of Governor Seyi Makinde since his emergence as no one citizen of the pacesetter state, having acknowledged the fact that he came on board via the total support of teeming population of general masses.

Adegboyega, an astute economist and financial expert added that Makinde had been showing egoistic tendency and characters which gives him the audacity and effrontery to give no room to show respect to the hierarchy of power in the pacesetter state and beyond.

He reiterated that Makinde takes no advice from any quarter and culpable of running the party and governance singlehandedly without recourse to any leader nor party hierarchy for brilliant pieces of advice for state to become better.

He reiterated that Makinde takes no advice from any quarter and culpable of running the party and governance singlehandedly without recourse to any leader nor party hierarchy for brilliant pieces of advice for state to become better.

In another vein, Oloye Taofeek Adegboyega tongue lashed Makinde for his poor management of people, stressing that his inability and failure to manage people effectively in PDP precipitated the endless political battle between him and former Governor of Ekiti State, Ayodele Fayose.

Adegboyega said that Makinde had deficiency in managing people but believes in financial display to get things done, saying the issue of brouhaha between him and Fayose ought to have been solved, provided he had employed the simple mechanism of conflict management and reconciliation to get things done.

VIDEO: I Knew Davido Was Going To Be Huge But I…

He said that he envisaged the emergence of parallel zonal executives as congress is fixed for Monday, in Osogbo, Osun State because the two factions are going to congress without perfect reconciliation.

Adegboyega described Fayose as an experienced and politically exposed politician who understands the tactics and strategies of political games and engagement, adding that he would surprise people on Monday while the congress is held.

On the issue of insecurity, Ajia Balogun stressed that Makinde remains a person who cares not to listen to advice and does not welcome criticism, no matter how it might benefit him and the current government.

He added that Governor had left many notable platforms where constructive criticisms which could be beneficial to him on areas of insecurity and others had been raised.

Ajia Balogun said that the security challenges in Ibadan and entire Oyo State would not have turned deteriorated, if Governor had earlier envisaged the problems and thought productively on how the menace would have been tackled.

He said Makinde believes in reactive approach instead of proactive attention before the occurrence of unpleasant phenomenal which are in connection with insecurity and state of lawlessness in the state.

Adegboyega sighted the issue of persistent killings in Igangan and entire Ibarapaland now, stressing that Makinde’s failure to take appropriate steps degenerated into uncontrollable security challenges in the area.

On the issue of borrowings and loans to get the infrastructures done, Adegboyega gave his nod to that but opined that the money must be judiciously utilized for notable and marketable projects.

He scolded Governor for his failure to prioritise projects and place them on a scale of preference, stressing that where there is no sufficient fund, projects according to their importance and needs should be called for implementation.

EXCLUSIVE:PDP Elects New Excos Across Six Zone, As Northwest Ends In Crisis, S’West Up For Showdown On Monday