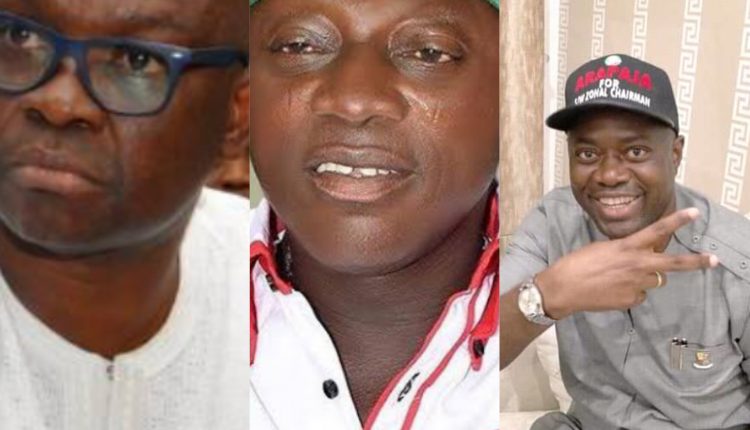 The Chairman, Disciplinary Committee of the Oyo State Park Management System, Alhaji Mukaila Lamidi also known as Auxiliary has been seen in a viral video expressing anger againts Ex-Governor Ayodele Fayose and the video has gone viral on social media.

In the video, Auxiliary was flanked by his stern looking ‘boys’ who threatened a showdown with the former governor.

Although, it could not be ascertained if the video was done before, during or after the Southwest Congress of the Peoples Democratic Party which held in Osogbo on Monday but Auxiliary was telling Fayose to accept Makinde as boss or thunder strike him dead.

But, it was observed that the messages passed across in the video could not be divorced from the leadership tussle for the soul of the party in the zone.

Police detain three of my men for arresting Fulani warlord,…

Oyo APC And Its Shameless Dance In Public Over BCOS Is…

The Congress has however produced Ambassador Taofeek Arapaja, the candidate of Governor Seyi Makinde as the Southwest Chairman.