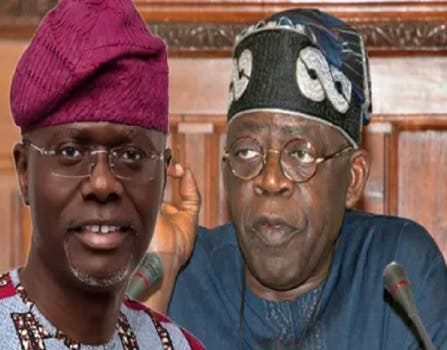 The ruling All Progressives Congress (APC) in Lagos State, is embroiled in a fresh crisis, as a faction of the party has launched a massive campaign for compulsory conduct of local government election by relevant authorities.

A legal conundrum is also shaping up for Lagos State Independent Electoral Commission (LASIEC) which now has just a week to commence election processes or risk flouting enabling laws.

The Fouad Oki faction of the ruling party which is championing the aggressive advocacy, against the alleged plan to impose caretaker leadership on the councils, has vowed judicial intervention if LASIEC deliberately crosses the constitutional deadline.

The last election by LASIEC, was on July 22, 2017, and the victors were sworn in, on July 25, 2017. The ruling party cleared all the 20 Local Government Areas (LGs) and the 37 Local Council Development Areas (LCDAs). The tenure of the incumbent chairmen is expected to lapse on July 22, 2017.

While the 1999 Constitution gives life to the LASIEC Law, the enabling law itself, compels the state electoral body to issue election notice, not fewer than 90 days, before the poll.

If the notice isn’t issued by Saturday, LASIEC, would be running foul of the law setting it up, except it doesn’t plan to conduct the election on July 22, 2021.

Between the election date and the expiration of council chairmen tenure, is just three days, stakeholders said they are worried about the incommunicative stance of the electoral body, considering it issued the said election notice, 12 clear days before the constitutional deadline, in the conduct of the 2017 poll.

A stakeholders’ meeting, was documented to have held on April 13, 2017 at the instance of the electoral commission, signaling the commencement of the process. The third schedule part II (B), Section 4 (a) Constitution of the Federal Republic of Nigeria 1999 provides for the establishment of LASIEC with the primary duty to “organize, undertake and supervise all elections to Local Government Councils within the state.”

Section 21 of the LASIEC Law provides that the Notice of Elections shall be published not less than 90 days before the date of election in conformity with section 30(i) of the Electoral Act 2010 as amended. In a widely-circulated letter, which was copied to LASIEC, Lagos State Attorney General, Governor Babajide Sanwoolu and the national leader of the party, Asiwaju Bola Tinubu, Oki was vehement in objecting, the alleged plan to replace the incumbent chairmen with caretakers.

Supreme Court Judgement: “Gov. Ajimobi Told Me You Would…

He said, “On 13th April 2017, the Lagos State Independent Electoral Commission (LASIEC), published a Notice of elections into the office(s) of Chairmen and Councillors in the 20 LGs and 37 LCDAs in Lagos State with a full schedule titled “Release of Election guidelines – Publication of Election Guideline” after an exhaustive stakeholder’ consultations.

“Unfortunately, the reality on ground is not showing any seriousness on the part of LASIEC that the Commission is ready for Local Government elections. There are concerns that LASIEC is budging to shenanigans of the State government and its political benefactor from holding local government elections as at when due.

“The plan is to introduce Caretaker administrations in the local government the same way it was done between 2014 to 2017 despite a court ruling that LASIEC should conduct election forthwith, following an earlier suit filed by the party, a Lagos State High Court had, in 2015, declared the caretaker committees administering local governments in the state as null and void and ordered that elections be conducted within 90 days.

“The state government appealed the judgement ostensibly to buy time for two years before conducting elections in 2017, we should not allow this to happen.

“All people of conscience should rise up to challenge this impunity and brazen robbery of democratic norms. Indeed, the integrity of the LASIEC boss is also at stake as she promised her avowed commitment by upholding the tenets and dictates of the rule of law exactly four years ago at one of the stakeholders meeting.”

Going legal, Oki, added, “The intendment of the Constitution is to vouchsafe the inviolability of the sacred mandate which the electorate, at that level, democratically-donated to them, Eze and Ors v Governor, Abia State and Ors [2014] 14 NWLR (pt 1426) 192. In the apt and eloquent postulation of the Court of Appeal in AG, Benue State v Umar (2008) 1 NWLR (pt 1068) 311, 354 -358, The raison detre of Section 1 (3) of the FRN 1999 Constitution was to stem the sort of lawlessness which the state government is planning by being complicit if LASIEC does not organize elections into Local Governments as at when due.

“The Lagos State House of Assembly must also not be tempted to amend the Local Government Administration Law to accommodate any interim arrangements. I am not challenging the authority of the State House of Assembly to make laws. Section 7(1) is very unambiguous and that no law enacted by any State legislature can supersede the express provisions of the Constitution. Any arrangement to amend or provide either by fiat or legislation will be a blatant breach of Section 7 and will be resisted so vehemently.

“Today and in this season, Nigerians are anxiously waiting to see whether it is true that, Lagos is under the yoke of a god father whose fancy it is to hold on the jugular of the state; they are watching to see in truth, act and convictions, if political leaders in Lagos are true democrats or as was stated sometimes ago by one of the presidential political gladiators from Lagos that, he is the leader of all progressive democrats.”