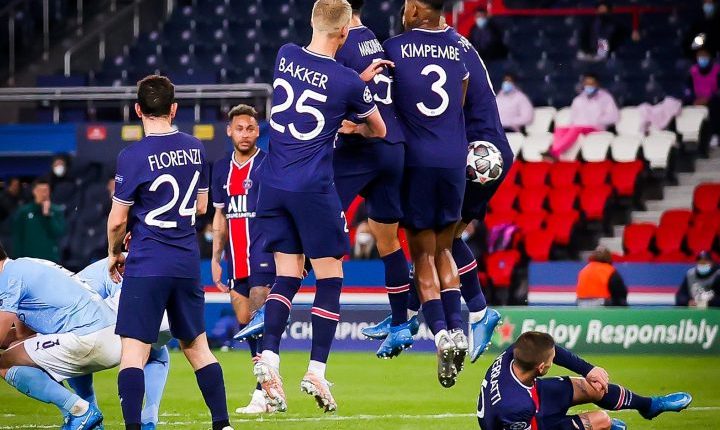 Manchester City took a huge step towards the Champions League final by coming from behind to win 2-1 at Paris Saint-Germain on Wednesday in their last-four first leg.

Marquinhos’ header gave PSG a deserved half-time lead, but Pep Guardiola’s City dominated the second half and goals from Kevin De Bruyne and Riyad Mahrez turned the game on its head.

Home midfielder Idrissa Gana Gueye was sent off late on, but PSG avoided conceding a third to keep their hopes alive ahead of next Tuesday’s second leg in Manchester.