By Abdul-hameed Adedamola Last updated May 1, 2021 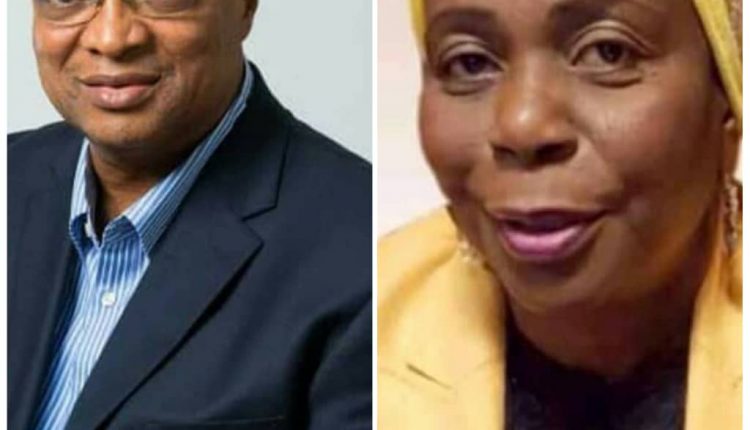 While Akerele, who is seen as the operational leader of the group has declared his gubernatorial ambition, Olujimi, who is the de facto leader and financier is silent over hers but working quietly, using the agitation for the Southern senatorial district to produce the next Governor of the State as the front.

Sources confided in our reporter that those loyal to Akerele in the group are becoming uncomfortable with what they referred to as “Olujimi’s style of using the South agenda to hold other governorship aspirants in the group down.”

The source disclosed that the likes of Hon. Mosu Aguda, Hon. Ojo Adewale (aka Ojo Oloogun), Chief Mike Omoleye and others in the group that is loyal to Akerele have expressed concern and handed him (Akerele) an ultimatum to take a clear position or they quit.

It should be recalled that a meeting was held on April 27, 2021, in the Ikere Ekiti residence of Dr Adekunle Folayan, who is now the Protem Chairman, Ekiti South Agenda Forum. The meeting was attended by former Acting Governor, Hon. Tunji Odeyemi, Prince Ademola Adebayo, Hon Ojo-Ade Fajana, Chief Johnson Adekunle, Sanya Adesua, Titi Oguntuase and others.

Their communiqué read in part, “It is noted with regret that whatever circumstances must have been responsible, the citizens of Ekiti South Senatorial District had not benefitted from the privilege of being elected the State Governor, whereas each of the other two districts of the State has enjoyed the privilege for 12 years respectively.

ENDSARS Protest: Adelabu Moves Ahead Of Oyo Govt. To…

“We wish and request that this should be redressed in the next Ekiti Governorship Election in 2022.

This meeting was believed to have been sponsored by Senator Olujimi.

One of the top leaders of the group who craved anonymity said; “In the group led by former Governor Ayo Fayose, Bisi Kolawole and Wale Aribisala are visible as aspirants as well as the former Deputy Governor, Prof Kolapo Olusola, who is now between the Fayose group and our group. Segun Oni, who is standing alone is also visible

Also speaking with our reporter, a member of the group, who is loyal to Lateef Ajijola, described as confusing, the stance of Senator Olujimi that there was no party structure in the Ekiti PDP.

“They said there is no structure in the PDP in Ekiti. So which structure is Engr Segun Oni reaching out to? Which member of Ward Excos did he give rice and N2,000 per head to during the last Easter celebration? Which party structure voted as State Working Committee members and Local Government Party Chairmen at the South West Zonal Congress in Osogbo, Osun State?

“The earlier we know where we are going, the better for us. If Senator Olujimi is interested in the governorship. Hiding under this Southern Agenda won’t work this time as there are people in the group from both North and Central Senatorial districts who have already declared their aspirations. Unless they will tell us that the Repositing Group was conceived for the gubernatorial ambition of a single individual,” he said.

Nigerian Man Swallows N360m Worth Of Cocaine For N750,000 Reward

Ilana Omo Oodua To Police: We’re Not Going Back On Our Pro-Yoruba Nation’s Rally