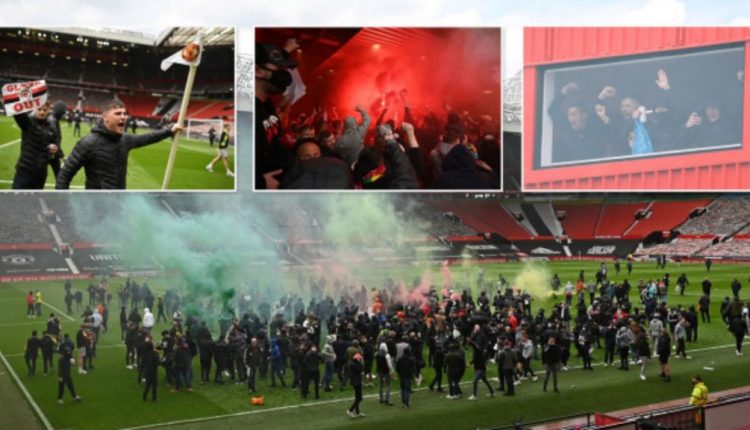 Sunday’s Premier League clash between Manchester United and Liverpool has been called off.

This follows a massive fans protest inside Old Trafford before the scheduled 4.30pm kick off.

United supporters who are demanding that owners the Glazers family leave the club, found their way into the stadium and invaded the pitch.

They held up placards and lit up flares while chanting anti-Glazers songs.

How A Serial Rapist, Raped A Job Seeker Before Burying Her In A Shallow Grave (PHOTOS, Videos)