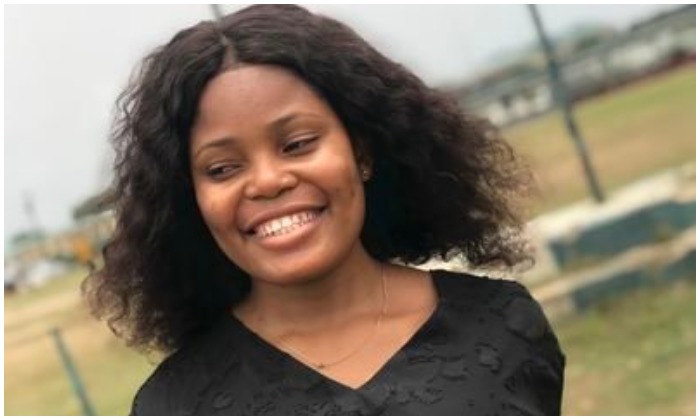 The Akwa Ibom State Police Command has arrested one Uduak Frank Akpan in connection to the disappearance of a job seeker, Iniobong Umoren.

According to Police Public Relations Officer in the state, Odiko Macdon, in a statement on Sunday, 20-year-old Akpan lured Umoren to his residence under the pretext of offering her a job before he raped, killed and buried the young graduate.

The PUNCH had earlier reported that the victim went missing while attending a job interview in Akwa Ibom on Thursday. She had earlier tweeted via her handle, @HinyHumoren, that she needed a job and some persons had suggested prospective employers to her.

But @UmohUduak1, who identified as the job seeker’s friend, raised the alarm on Thursday that her friend was nowhere to be found.

Her cries for help attracted the Nigerian Twitter community which called on security agencies to find the victim. The hashtag, #FindHinnyHumoren, has since been trending on Twitter for days.

But in a statement on Sunday titled, ‘Update On The Disappearance Of Miss Iniobong Ephraim Umoren’, the Akwa Ibom police said that Akpan kidnapped, sexually violated and subsequently buried the victim to cover up his atrocity.

How Amotekun Operatives Threatened To Blow My Head –…

“Following available leads, men of the Anti-Kidnapping Squad of the Command, led by CSP Inengiye Igosi, consolidated on the initial great progress made by the DPO Uruan, SP Samuel Ezeugo and arrested the perpetrator who confessed to have lured his victim to his house in the guise of giving her a job, but ended up sexually and physically assaulting her which led to her death.

“To cover his tracks, he dragged and buried her in a shallow grave in his father’s compound.

“The deceased has been exhumed and deposited at UUTH (University Of Uyo Teaching Hospital) for autopsy.”

The statement further said, “The suspect confessed to have told his Local Government Chairman of his atrocity before escaping to Calabar and was never at anytime handed over to the Police by anyone.

“Suspect is a confessed serial rapist who has owned up to the raping of other victims. He will be charged to court at the conclusion of investigation.

“The Commissioner of Police, CP Amienghene Andrew, has called on youths and job seekers to be wary of the activities of scammers and other men of the underworld.

“While appreciating the efforts of the social media family and other fighters of injustice, he has condoled with the family and friends of the deceased.”

CCTV VIDEO: It Is Criminal To Molest A Minor Or Use A Minor As A Trap To Gather Evidence.’—Yomi Fabiyi

Self-Confessed Rapists, Armed Robber who Asked The police To Kill Him, Has Escaped…