How We’ve Been Printing Money, But Swore Oath To Always Lie To Nigerians, Rotimi Amaechi Says In Leaked Tape (VIDEO) 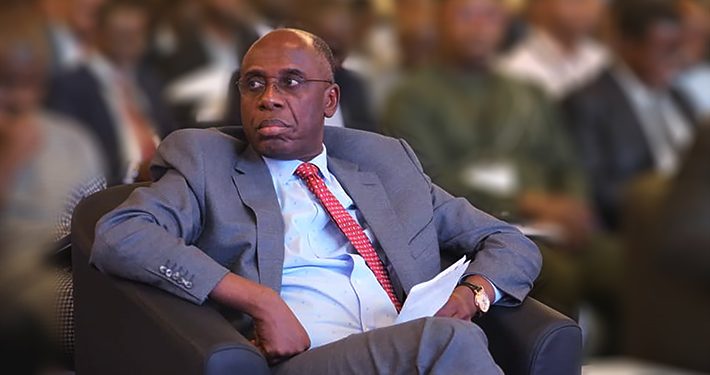 The Minister for Transportation, Rotimi Amaechi has revealed in a leaked tape how the Buhari administration has been on a cash-printing spree since it assumed office in 2015, but showed little courage at being transparent about it.

Transport minister made this known in a leaked tape admitting that President Muhammadu Buhari has always ordered the CBN to keep printing money since 2015.

Mr Buhari vowed to revamp the Nigerian economy in his campaign promises, but has been criticised for worsening the economic situation over the past six years of his regime.

In an interview with journalists prior to the 2019 general election in which Mr Buhari was re-elected, Mr Amaechi also disclosed that they swore an oath never to publicly admit to Nigerians that the government was on a printing spree of the national currency.

“And most of you didn’t know at the time we took over, most Nigerians don’t even know because we have sworn to an oath not to tell anybody we were printing money,” Mr Amaechi said.

“Do you know when a country prints money? When it has no money at all,” he said. “We were just printing money to pay debt.”

Mr Amaechi’s comments further exposed the cover-up that has followed Mr Buhari’s widely condemned approach to the country’s economy, as millions of citizens continue to plunge into poverty. Nigeria has since emerged as the country with the highest number of poor people in the world. The country also has the poorest electricity supply and the second country with the most jobless people worldwide.

Earlier this year, renowned credit rating institution Fitch said the Nigerian central bank under Mr Buhari has been printing money at an alarming rate, warning that such tactics could engender additional economic woes for the country’s 200 million people.

“In another year or so, where will we find this money that we go to Abuja to share every month? Last month, we got FAAC for March,” he said, explaining that “the federal government printed an additional ₦50 to ₦60 billion to top-up for us to share”.

BREAKING: Celebration As Alaafin Gifts Two Of His Wives New…

“My worry is that we will wake up one day like Argentina, the naira will be ₦1,000, ₦2,000 and will be moving because we don’t have money coming in,” he maintained while lamenting that the current administration borrows without means or the idea of paying back.

In response, the Minister of Finance, Budget, and National Planning, Zainab Ahmed accused the governor of spreading falsehood, stating that “The issue that was raised by the Edo state governor for me is very, very sad because it is not a fact”.

Similarly, the governor of the Central Bank of Nigeria (CBN), Godwin Emefiele, dismissed Mr Obaseki’s claim, describing it as “unfortunate and totally inappropriate”.

“That’s our job – to print. It’s about lending money and so there’s no need putting the controversy about the printing of money as if we are going into the factory printing the naira and start distributing on the streets.”

Prior to Mr Buhari’s assumption of office on May 29, 2015, Vice President Yemi Osinbajo disclosed that their administration would inherit $60 billion as foreign and domestic debt from the Goodluck Jonathan administration.

Mr Osinbajo had also described the state of the Nigerian economy as unfortunate, stating that the nation has to spend 21 percent of its 2015 budget on debt servicing.

“We are concerned that our economy is currently in perhaps its worst moment in history. Local and international debt stands at $60 billion. Our debt servicing bill for 2015 is N953.6 billion, about 21 per cent of our budget,” the vice president had said.

A spokesman for Mr Amaechi did not return repeated requests seeking comments for the minister’s audio, which was part of a scandalous series that emerged in the run-up to the 2019 elections.

Although Mr Buhari and his appointees have been claiming repeatedly that they met an empty treasury, available facts showed the claim as untrue. The administration met at least $2.07 billion in excess crude accounts as of May 2015 when it came in.

Govs To Implement Autonomy For State Assemblies, Judiciary In May – Fayemi