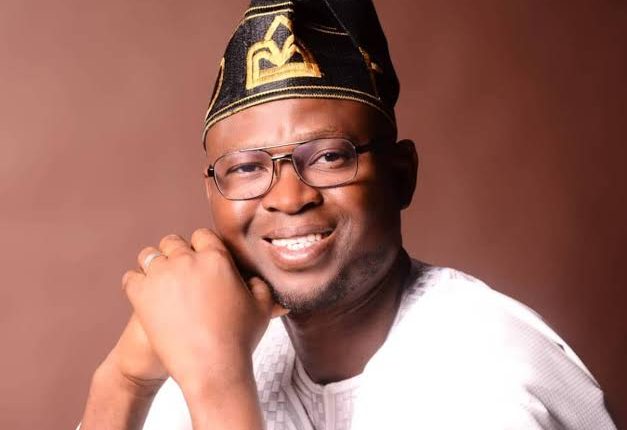 A chieftain of the Alliance for Democracy (AD), in Oyo State, Engineer Oyedele Hakeem Alao, has declared that the Peoples Democratic Party (PDP) cannot rule Nigeria again due to crisis of trust and confidence.

Alao who was the gubernatorial candidate of AD in Oyo State in 2019, noted that the PDP has failed Nigerians, hence it cannot take over the power in 2023.

TODAY SPLASH recalls that Governor Seyi Makinde of Oyo State had last week said during the inauguration of South West Zonal Executive of PDP that PDP would not only deliver the entire region but would take over the rein of leadership in Nigeria at the federal level in 2023.

Oyo State Governor, Seyi Makinde has declared that the maladministration of the ruling All Progressives Congress (APC) will not extend beyond 2023. He

But, Alao in his reaction said that it is improper for a governor with a monumental dismal performance to be boasting that he would deliver the entire Nigeria for his party.

Alao noted that PDP cannot rule Nigeria again because the party is in crisis of trust and confidence due to betrayal and self centeredness exhibited by Makinde himself.

The AD chieftain in a statement made available to DAILY POST on Sunday through his Media Aide, Omotayo Iyanda, described Makinde’s statement that PDP will take over power in 2023 as unrealistic.

Alao said, “This is a governor whose party under his watch has been in disarray and in crisis of trust and confidence due to betrayal and self centredness exhibited by the Engr Mákindé himself and his Omi-Tuntun group co-travellers.

Fayose: Makinde Quiet But Deadly, I Came To Congress Venue…

PDP S’West Congress: I Was Asked To Present My…

“All of us witnessed what happened how Governor Makinde has selfishly manipulated the just conducted Oyo State local government election primaries of his party where a lot of people who didn’t obtain the party’s nomination forms eventually became candidates to bear the flag of the party at the polls.

“Talk of internal security within Oyo State per se, Engr Seyi Mákinde has failed as the state has recorded unprecedented incidence of security challenges as assaults, killings, rapes, kidnappings, clashes etc. in less than two years of his rule.

“Disasters as fire outbreaks, for instance, the Akesan Market at Oyo in the start of his administration and the latest fire incident at Araromi Spare Parts Market, Gate, Ibadan, have been a recurrent decimal of the Makinde regime.

“Food security is nothing to write home about as prices of staple foods as gari and lafun keep rising by the day as if they were imported from the western countries or its production affected by the dollar exchange rate price of a Congo (1kg) of gari is now between N600-N700 and this regime is not taking any outstanding effort to reverse the situation.

“Roads across all local governments in the state have become almost impassable, and rather than fixing these roads, our governor has embarked on rehabilitation and reconstruction of roads that could still be managed for sometime. Also, he (Makinde) has been sinking money in rebuilding Oyo liaison office in Abuja which will not add any value to the citizenry of the state.

“Structures in our public schools have become inhabitable for human beings, while other educational facilities have collapsed, just to mention a few. With all these signs of failure all around the Makinde administration, only God knows where his confidence to take over the rein of power at the national level is coming from, which fake and unrealistic?

“Is dismal performance of APC at the national level a justification to return us to PDP that mismanaged this country for 16 years, and worse still, to a PDP to be run by the likes of Makinde. It is better Seyi Makinde realises now that he is not the kind of material the south west will push forward as vice president in 2023 or to represent the revered eminent people of the region.”

“If APC had welcomed his rumoured proposal to return to the party, will he be saying now that PDP will take over the rein of governance in Nigeria in 2023? That’s an unambiguous identity of a serial betrayal.”

How We’ve Been Printing Money, But Swore Oath To Always Lie To Nigerians, Rotimi Amaechi Says In Leaked Tape (VIDEO)