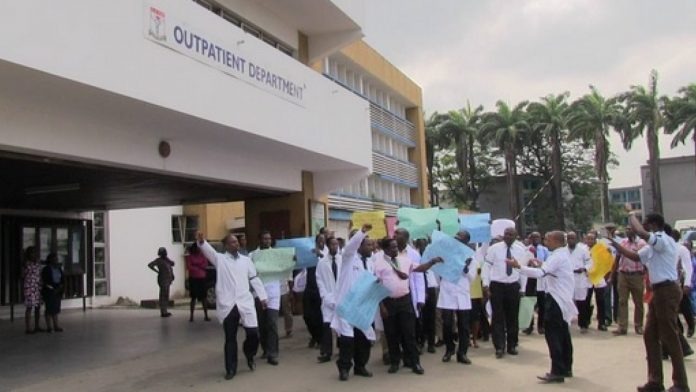 Resident Doctors of the University College Hospital (UCH), Ibadan have commenced an indefinite strike over their 4-month of salary owed them by the Federal government.

The decision to commence a “total and indefinite strike” was communicated on Saturday at a virtual emergency general meeting of the Association of Resident Doctors (ARD), UCH chapter.

The striking doctors, at the meeting, resolved that the strike will continue until their 4-months salaries are paid in full and until all members of their association are captured on the Integrated Payroll and Personnel Information System (IPPIS) payment platform.

Recall that UCH doctors had earlier embarked on a warning strike from March 15th to 20th to protest their unpaid salaries and the non-inclusion of their members in the IPPS payment platform instituted by the federal government.

LG Poll : Selection Of Candidates For An Election Is…

Confirming the resumption of the strike to newsmen on Sunday, the President, Association of Resident Doctors, UCH; Dr. Zakariyah Hussain, revealed that all doctors in UCH except consultants will be joining the strike.

The communiqué reads in part: “The Association of Resident Doctors shall immediately resume the previously suspended strike action. That it shall be total and indefinite. That it shall continue until all salaries of our affected members are paid and they are enrolled on the IPPIS payment platform.”

“We appreciate every member of our great association for the support shown during these difficult times. We also appreciate the efforts being made by the hospital management, the Nigerian Association of Resident Doctors, the Speaker of the Federal House of Representatives, and all others helping to resolve this problem.”

Man Flogged In Public For Beating Up His Mother (Video)