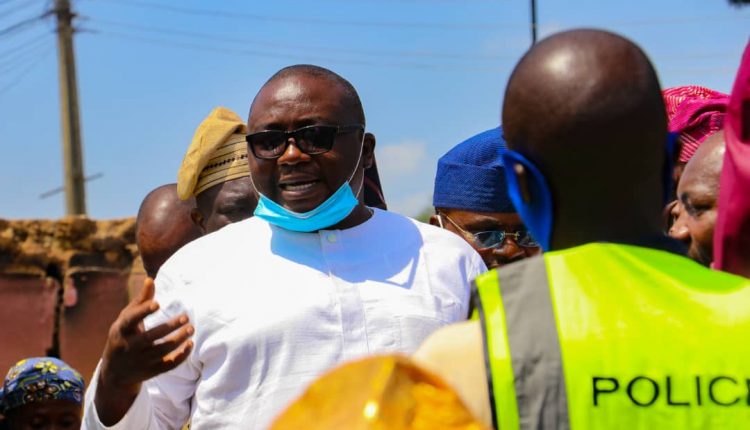 Chief Adebayo Adelabu, the All Progressives Congress (APC) governorship candidate in the 2019 election, has described spending N1.2 billion to rebuild its Lodge in Abuja, as misplaced priority.

He described the decision as an error by the Governor Seyi Makinde-led administration. He said the governor has not shown capacity for good leadership.

He also cited the example of the burnt police stations in the state during the #EndSARS protest, saying he waited for seven months to see how Makinde’s government wanted to handle it. He said his failure to act made him volunteer to rebuild the stations given the grave implications to security in Ibadan and other parts of the state.

He said: “We waited seven months before moving to rebuild police stations and extending hands of charity to widows of slain policemen. We had to move, realising how security breaches were increasing daily.”

The former deputy governor of the Central Bank of Nigeria (CBN) posited that the building was good enough to continue to serve its purpose. He recalled that the liaison office was built by the late Governor Lam Adesina and renovated by one of his successors.

Adelabu spoke during a session with the leadership of Oyo State Council of the Nigeria Union of Journalists (NUJ) in Ibadan, after a breaking of fast.

According to him, the Makinde Administration was rebuilding the structure because it had become a source of concern to the authorities of the Federal Capital Territory (FCT).

“First, the lodge has become the most antiquated of all governor’s lodges around Asokoro Area of Abuja. Even states with the lowest IGR earnings have since reconstructed their Governors’ Lodges.

“The dilapidated nature of the building become a matter of concern to FCT authorities and neighbours and we were sure if nothing was done, the FCT Development Control might pull it down.

“But the ingenious part of it is that the building will be constructed using the Alternative Project Funding Approach (APFA), which will ensure that the contractor will commit his funds up to at least 20 per cent before the state would commence instalmental payment.

“I think Chief Adelabu should ensure he is adequately briefed about happenings in the state before making comments.

“He spoke about using the N1.2bn to fix hospitals, when the state government is already fixing hospitals including the reconstruction of 351 Primary Health Care centres across the 351 electoral wards in the state.

“As I speak, a contractor is fixing 299 of such hospitals in a fell swoop through the ingenious APFA”.

Adelabu said he was committed to good governance in the state not just because he is an indigene but additionally because he has his businesses in Ibadan.

He said Makinde had shown his true colour as a politician who is unable to bring meaningful development to the state in two years. He added that APC leaders who coalesced with Makinde had discovered that he is not to be trusted and have since returned to the party.

“Those who formed the coalition are now back in APC because they have seen that they didn’t know the person they supported. We won’t promise what we can’t do. I will not lie when I need a favour.

“On paper, we have a great chance to flush out this government and take back our state for good governance. Yes, our party needs to be united. We won’t take it for granted. This state will never remain the same again. We have given them enough benefit of the doubt.