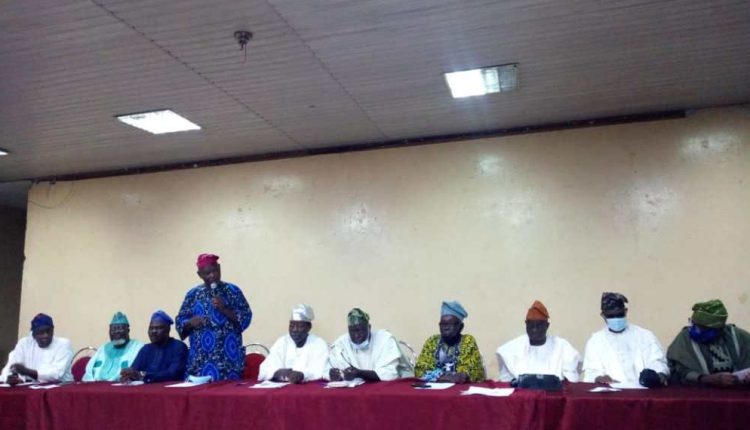 Ahead of the 2023 general elections, the Unity Forum and the Ajimobi Legacy Forum of the All Progressives Congress (APC) have agreed to bury their differences and henceforth work as one within the party.

This was contained in a communique jointly signed by the leaders of the groups at the end of an expanded meeting held on Wednesday at Premier Hotel Ibadan.

According to the communique, all members were directed to collapse their meetings into one at state, local and ward levels.

The communique reads in full:

COMMUNIQUE OF MEETING OF AJIMOBI LEGACY FORUM AND UNITY FORUM OF ALL PROGRESSIVES CONGRESS, APC, OYO STATE, HELD ON THE 5TH MAY, 2021 AT THE PREMIER HOTEL, IBADAN, OYO.

The leaders of Ajimobi Legacy Forum and Unity Forum drawn from all the 33 local government areas of Oyo state, realising the need for peace, unity and progress of the party in the state, met this day, May 5th, 2021, and resolved as follows:

Oyo Governance Barometer: Why Folarin Is A Complete Liability To APC – Group