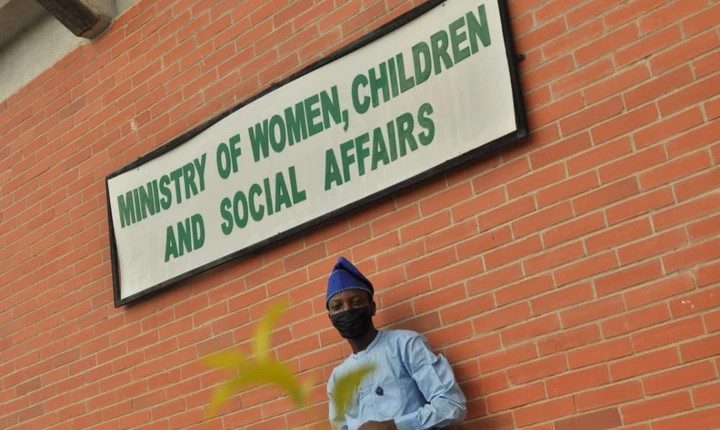 A vibrant young Nigerian entrepreneur, a public speaker, a prolific writer, and youth of many paths

Emmanuel Agida was born into the family of Mr. Pius Agida (now late) and Mrs Eunice Agida, on the 12th of August 2003 in a one room apartment in Alimosho Local Government Area of Lagos State.

He hails from Benue State but was thoroughbred Lagosian, where he had his primary and secondary education.

As an outstanding student, he was placed on scholarship all through his secondary School at Elias International School, where he was head prefect.

At age 13, he authored two bestseller books:’Success Compendium ‘ and ‘Pathway to Heavenly success ‘. He has over 10 publications in media form to his credit at the moment.

Emmanuel Agida, popularly known as ‘The Achiever’ (A nickname he got as host of virtual talk show “Chat with the achiever”) a program that has played host to high profile guests from the Entertainment and media industry, Business and Entrepreneurship, Politics and Governance among other industries.

He is the Director and Head of Operation at the Emmanuel Agida Foundation (a non-governmental organization he founded in 2019). This according to him was aimed at putting smiles on the faces of the less privileged in communities with main focus in children, youth and women development and emancipation.

In his zeal for capacity building and leadership mentorship, he launched the Achievers Hub Africa, (also a non-governmental organization) in 2020 – an organization which he envisions will see to the birthing and building of the next generation of Young African Leaders, with a focus on raising world class leadership laurates who would influence and change the world by what they know and how they do things.

Being an active member and an executive at the Young African Leaders Initiative Network (YALI), it is no surprise that Emmanuel is giving back to society what his many years of diligent study and learning the ropes has taught him.

In March 2021, Emmanuel Agida through his organization, The Achievers Hub Africa hosted a virtual summit that had 15 speakers as guests across 3 countries of the Globe with over 1000 audience stream at the end of the summit. The summit was graced by the presence of such high profile personalities as Amaka Onyemelukwe – the Director, Public Affairs, Communications and Sustainability, Coca-Cola Nigeria,; Nigeria’s foremost Billionaire Dr. Stephen Akintayo; Shola Animashaun – official photographer of the Headies Award, and Hon. Olaboopo Olubukola -Osun State Commissioner for Women, Children and Social Affairs, among other personalities of international repute.

His oratory and interactory skills (which has always been in full glare), were noticed and this endeared him to the heart of the Osun State Commissioner for Women, Children and Social Affairs – Mrs. Olaboopo Olubukola, who was also a guest at the event; bringing him the juicy offer of a Media Aide to this amiable personality, and making him the youngest political appointee in the history of Nigeria at the young age of 17.

Speaking on this development, Emmanuel took on to his official social media handle to break the news whilst reinstating his determination to making a difference in his new found elevated position, even as he poses to spread a new wave of hope and responsibility among Nigerian youths Nationwide.

Emmanuel’s Determination to succeed has earned him current fit in the country. Emmanuel would always say “Prior to my appointment as the Special Assistant to the Commissioner, I have always envisioned myself working for an high ranky politician and today I find myself as one, your dreams are valid, keep dreaming and start taking realistic steps to achieving your dreams! I never and would never stop dreaming because my dreams are valid”

For our country, it is a birth of a new era where the political space will be dominated or better still feature young people. We pray that this development ushers in an end to the existence of the tragic political system that sidelines young people in the act of politics and governance.

Emmanuel is a typical example of the saying that you can be “young and still do great things” indeed, age is never a barrier.