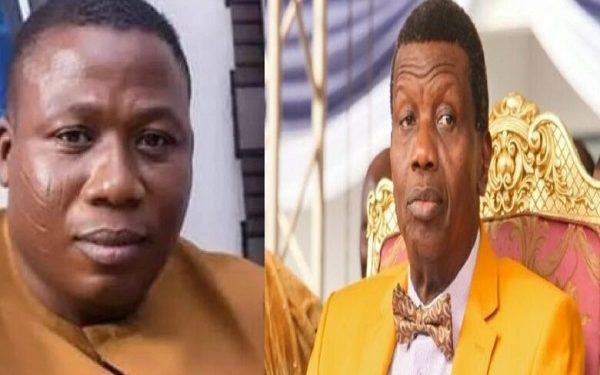 Yoruna Nation agitation activist, Sunday Adeyemo popularly known as Sunday Igboho has reacted to his alleged insult on the General Overseer of The Redeemed Christian Church of God (RCCG), Pastor Enoch Adeboye over the death of his son, Pastor Dare Adeboye on Wednesday.

“When I kept silent recently they said I have been bribed, some said I was missing.

“Now that I decided to talk they said I abused Baba Adeboye, I didn’t abuse Baba Adeboye. Why would I insult him?

“I was misquoted, how can I insult him? If his son is alive he would have taken a great role in our new Yoruba nation. May his soul rest in peace.

“I only issued curses against those who are against Yoruba nation. The betrayers of the Yorubas are the people I cursed. I only made explanation on those working on our agenda.

“Tomorrow, we are going into the forest to chase away all the Fulani herders out of Yorubaland forests”, he revealed.

Sunday Igboho said he need the cooperation of all and sundry to make Oduduwa Republic a reality.

Do Not Crucify Us, Criticize Us Constructively, So That We Can Make Amendment – Oyo Deputy Governor, Olaniyan Begs Journalists