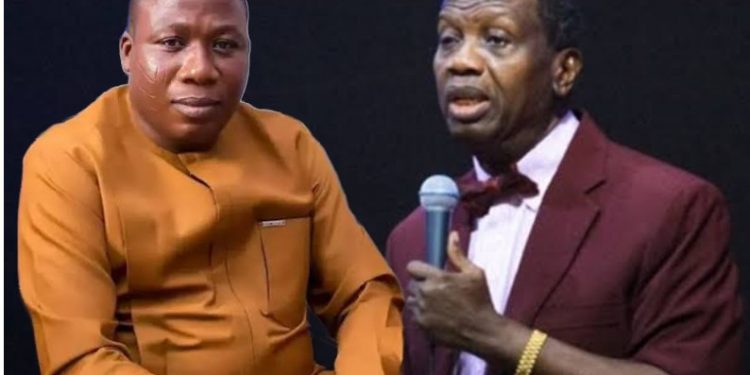 Sunday Igboho in a live broadcast on Saturday night on Kioki Media Facebook page said those that refused to declare their support for Yoruba Nation agitation like Adeboye and others will suffer death of wife and children.

Igboho attacked the cleric about four days after he lost his son, Dare Adeboye who died in his sleep on Tuesday, May 4, in Eket, Akwa-Ibom, where he was pastoring the RCCG church.

Alledge Killing Of Student By Amotekun Operatives In Oyo,…

Sunday Igboho lunched this verbal attack on the man of God while thanking Yorubas home and abroad supporting the agitation for Yoruba’s sovereignty. But when his media aide, Olayomi Kioki told him to include Pastor Adeboye and other men of God, he quipped, “No, we can’t thank people like Adeboye because despite his millions of congregations, he refuse to declare his support for our agitation and he is Yoruba”.

Oyo LG Polls: We Consulted Your Party Ahead, You Bluntly Refuse, It Will Be Unfair To Postpone Elections At This Stage—OYSIEC Boss Replies, APC, Akala, Others

‘History Won’t Be Kind To You’, Ilana Oodua Tackles Tinubu, Others For Opposing…

I’m Not In Support Of Yoruba Nation, Akeredolu Tells Igboho