By Abdul-hameed Adedamola Last updated May 10, 2021 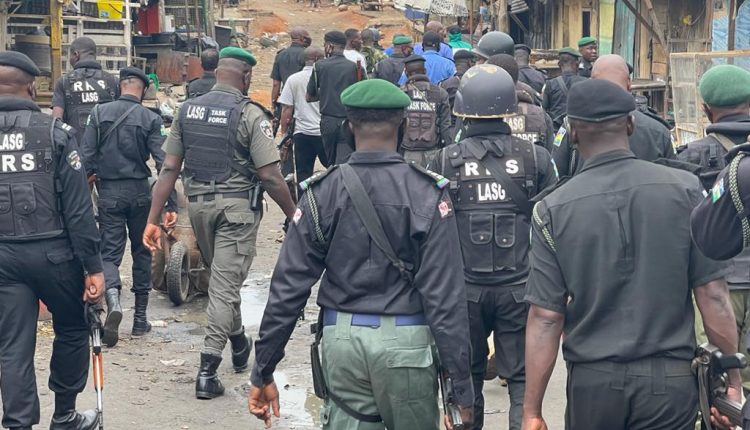 Two men, who were suspected to be armed robbers have been shot dead on Sunday by the police at the Sagamu interchange axis of the Lagos-Ibadan highway, Ogun State.

The DPO of Sagamu division, CSP Okiki Agunbiade had received a distress call at about 9 pm, that a robbery operation was going on at the area and that one of their victims had been bady injured.

Upon the distress call, the DPO was said to have quickly led a patrol team to the scene where they met the robbers attacking one Agba Enoch.

DAILY POST gathered that a gun battle ensued between the police and the armed robbers, leading to the death of two members of the gang, others, however, escaped with gunshot injuries.

Confirming the incident, Ogun police spokesman, Abimbola Oyeyemi, said one Adekunle Adewale, “who was seriously matcheted on the head by the suspects” was rushed to hospital for treatment.

Meanwhile, the Commissioner of Police, Edward Ajogun, has ordered a massive manhunt for the fleeing members of the gang, appealing to the public, especially hospitals, to report anybody with gunshot injuries to the police immediately.