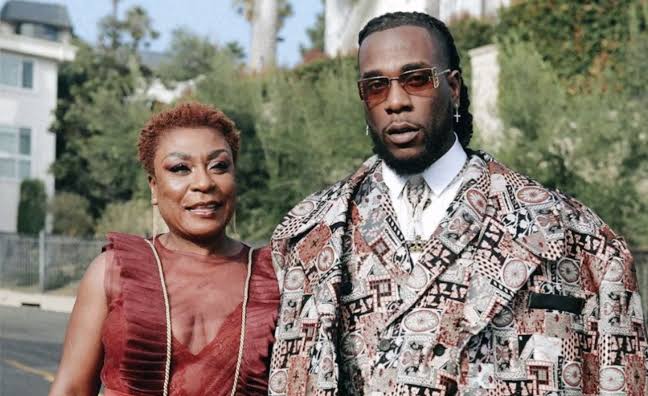 Bose Ogulu, the mother of Grammy award-winning singer, Burna Boy, has revealed that the Wonderful singer was not paid by the Rivers State government for his state-sponsored Homecoming concert.

The African Giant’s mother who doubles as his manager made this statement during a chat with Ebuka Obi-Uchendu on his Rubbin’ Mind show.

Ogulu noted that while the other performers at the concert were paid, her son wasn’t because the concert was staged to honour him.

She said, “Money was not paid to him but it was paid to everybody else. It was paid to everybody else that went there to perform but it was not paid to him. They were honouring him, he was not paid to be there. For want for a better word, as my people say, it is only a bastard that refuses honour in his father’s house. For me, I do not really pay too much attention to such because I was really busy and that is the honest truth. The facts are very clear, this man was honoured because he got the highest award in his field, in the world.

“He was honoured because he brought that award home. Why did he get that award? Making the same music that speaks the truth. So I do not think anybody was trying to buy him to their side. I think it is clear to everyone that the man would always make the music he wants to make- whether it is for fans or whatever. He will continue to do that. It was not a deal or a case of ‘let us honour you and you will not abuse us again.’ That did not come into the conversation. I think, in the case of Rivers State, it was very wise that it was done because if any other state had done it before Rivers, it would have been shocking.”

The manager further explained how she handles the controversies that trail the artiste based on some of his social media outbursts.

Ogulu said, “I am honestly not big on social media opinions. I really do not care, honestly. I am interested in what is real and what is happening before me. Having said that, because he is a brand, your hackles do get up because you are not going to change him. If he does a tweet and I do a tweet, you are going to know the difference. What I have come to learn is that artistes like him are like a tapestry, if you pull at him from one end too hard, everything will unravel so you must make allowances for this person to be himself.

“Because it is the same emotion that what you love about him comes from, it comes from the same place. So, if you push too hard at one thing, you are probably going to lose the other and you would not be helping anyone. Within reason, we do what we can. I have been known to grab his from when he was on Instgram live. Sometimes I reason that if you talk, they talk and if you don’t talk, they talk.”