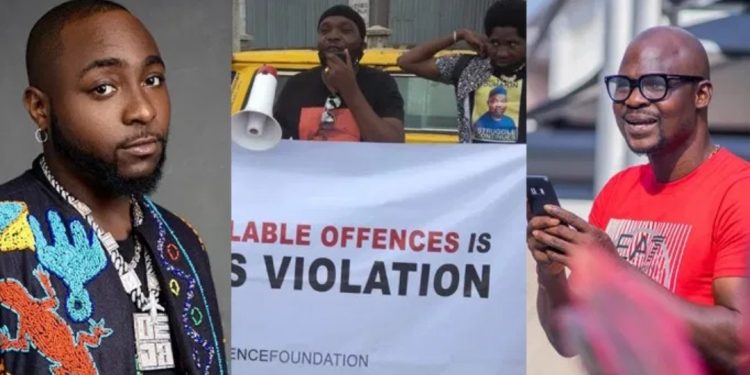 Remember Fabiyi led a protest on Wednesday to demand the release of his colleague Baba Ijesha on grounds of human rights.

Olanrewaju James popularly known as Baba Ijesha is currently in detention after he was arrested for allegedly defiling a 14-year-old girl, an action that has been condemned by some Nigerians.

I Would Have Bought AK-47 Rifles For Amotekun,…

However, Fabiyi has been consistent in defending Baba Ijesha and he staged his much-anticipated protest earlier this morning to demand his release.

Reacting to the protest, Davido slammed the actor and described him as a mumu.

”Notice he the only one without a mask .. mumu”, the singer tweeted.

BREAKING: IPOB/ESN, Ikonso’s Second In Command Has Been Arrested