‘Fake Jobs’: Video Of ‘Fraudster’ Who Invited Northern Youths To Ondo Surfaces Online (See What He Has To Say) 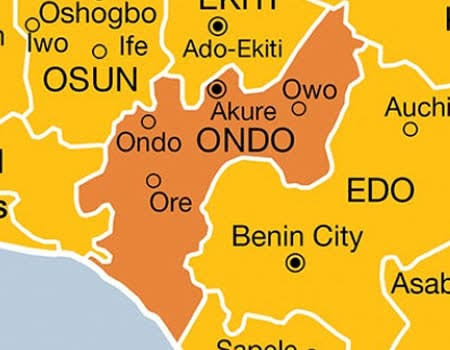 A video showing three people suspected to have defrauded over 40 northern youths over job placements in security outfits, has surfaced online.

TODAY SPLASH had reported how the youths were arrested in Okitipupa LGA of Ondo by the state chapter of the Western Nigeria Security Network, Amotekun, on April 29.

The youths, who arrived the LGA in a truck, had said they were in the town to undergo military training in the barracks to become employed as security guards.

Adetunji Adeleye, Amotekun commander in the state, had said upon interrogation, it was discovered that the youths, who hailed from Kano and Jigawa states, were brought to the town for employment by a non-profit organisation for purported security training

Donald Ojogo, Ondo commissioner for information and orientation, who commented on the incident, had described it as “a precarious one”, saying the development would have degenerated into jungle justice if the security agents had not handled it professionally.

In the viral video seen by TODAY SPLASH on Tuesday, the three men who were being questioned, spoke on their involvement in the crime.

The alleged prime suspect in the video, who gave his name as Ayo, Reverend Bayo and doctor Folajimi Williams at the same time, admitted to receiving money from the victims.

He also confessed to have written a “fake” letter to the commanding officer of the Nigerian army in Ondo state about mobilising the youths for the purported training.

Below is the video

We Know Where Kidnappers Are, Only Being Careful – Lai Mohammed