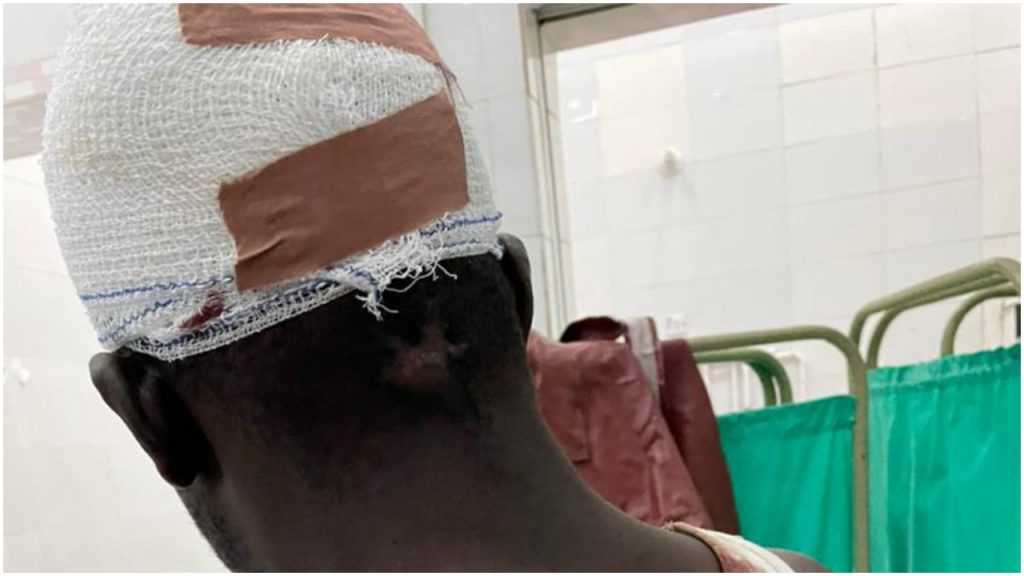 Customs Confirms Clash Between Smugglers And Officers In Iseyin, Gives Reasons Why Some Were Shot

The Nigeria Customs Service (NCS), has confirmed the clash between some of its officers and some smugglers in Iseyin.

TODAY SPLASH had earlier reported that no fewer than four people were killed in Iseyin, Oyo State during a clash between some Customs officers and smugglers.

Our correspondent gathered that the incident occurred Thursday afternoon when some residents were still celebrating the Eld-Fitri festival.

Sources informed that the four people died as a result of gunshots sustained after customs officers engaged smugglers.

The Customs’s officers allegedly began to shoot sporadically after intercepting smuggled goods coming through the borders.

Some of the residents and groups in the town had condemned the action of the customs officers.

But, Customs in its reaction to the incident, argued that officers who were on routine patrol intercepted two Nissan Pathfinder SUV vehicles fully loaded with smuggled foreign parboiled rice at Iseyin.

Spokesman of NCS, Zone A, Theophilus Duniya in a statement made available to TODAY SPLASH on Friday, explained that the mob attacked the officers with dangerous weapons which led to the infliction of serious injuries on two officers.

He said the mob attempted to abduct one of the officers who was brutally attacked.

“At about 1500 hours of Thursday, 13th May 2021 some daredevil smugglers mobilized themselves with the help of some thugs; attacked a patrol team serving with Federal Operations Unit Zone A, who were on lawful duty at Iseyin.

“The officers who were on routine patrol intercepted two Nissan Pathfinder SUV vehicles fully loaded with smuggled foreign parboiled rice at Iseyin. Sequel to the interception, the officers were attacked by a mob who were mobilized by the smugglers.

“The mob attacked the officers with dangerous weapons which led to the infliction of serious injuries on two officers. In an attempt to abduct one of the officers who was brutally attacked.

“The assailants had taken the injured officer with his rifle before his team members acted in self-defence, shot at his suspected abductors leading to the death of three of them before he was rescued and taken for immediate medical attention.

“The officers were able to successfully evacuate the intercepted smuggled rice, while the injured officers are currently receiving treatment.

“The Acting Controller of the Unit, DC Usman Yahaya, is sad about the avoidable incident and urges community leaders and parents to call their wards and youths to order.

“While appealing for compliance to extant rules, he assures of the resolve of his men to remain resolute on discharging their duties in the best interest of Nigerians.”

I Hit Her With Stabiliser, Says Suspect In Inibong Umoren’s Death