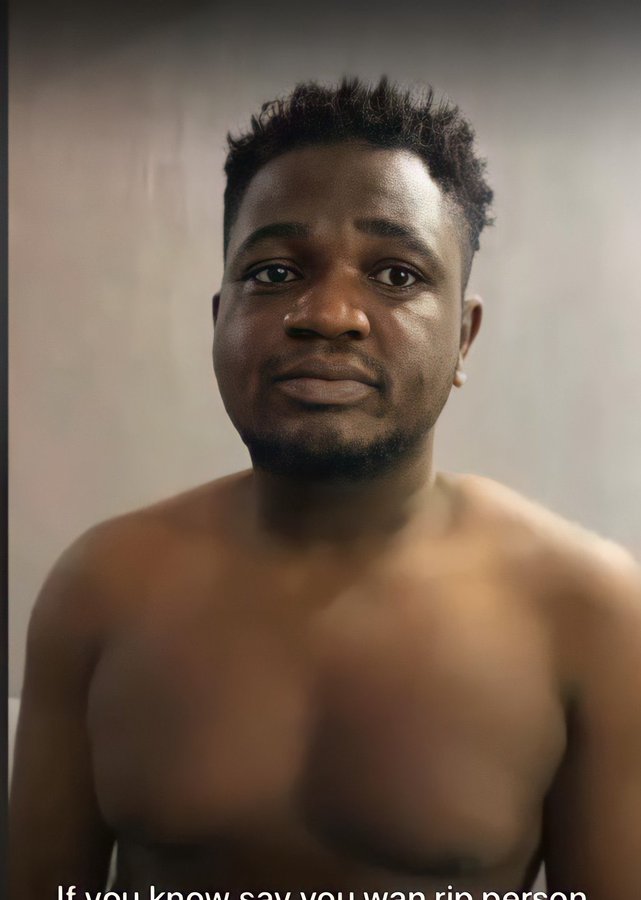 I Hit Her With Stabiliser, Says Suspect In Inibong Umoren’s Death

The Akwa Ibom State Police Command has paraded Uduak Frank Akpan, the suspect in the death of a job seeker, Inibong Umoren.

Uduak, according to the state Police Commissioner, Andrew Amiengheme, was paraded today to dispel the rumour that he committed suicide in police custody.

While fielding questions from journalists, the suspect revealed that he invited Umoren over for a fake job and then demanded to have sex with her.

According to him, she agreed to his demand but became furious which made her hit him on the head with a stabiliser, which he in turn used on her before she died.

Uduak said, “I asked her whether she can work on a farm as a secretary, she said she can and that she’s ready to do the job. So, when she came, I revealed to her that this farm doesn’t exist and that it was just a hoax.

“I told her that before she leaves that I’ll like to have sex with her, and she agreed. But she gave a condition that I should use a condom, which I did. When I removed the condom, she became furious, so she took the nearby stabiliser to hit me on my head. Then she bit my left ring finger.”

He continued, “In a bid to stop her, I used the stabiliser to hit her and she fell and started bleeding, thereafter she died.”

When asked to state the number of people he has killed, Uduak said Umoren is the only one but about six other women have fallen victim to his antics.

Meanwhile, Umoren has been laid to rest today in Akwa Ibom amid tears and wailing from family members and friends.

Customs Confirms Clash Between Smugglers And Officers In Iseyin, Gives Reasons Why Some Were Shot