By Abdul-hameed Adedamola Last updated May 14, 2021 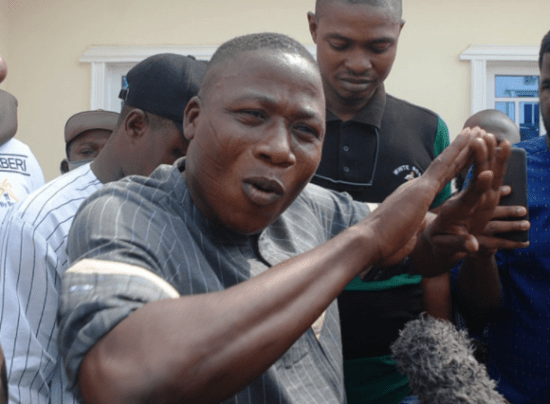 The Yoruba Activist, Chief Sunday Adeyemo popularly known as Igboho has spoken in another video to beg people who are angry about the statement he made during an interview conducted by his Spokesman, Olayomi Adekunle Kioki.

He said he begged all the people that got angry with him about what he said in his last video saying though nobody can do anything for him because what is inside him is different from other people.

He made this statement during the courtesy visit of Dr. Glory Adewoye to his house at his Ibadan home and the video was posted on Facebook by his Spokesman, Olayomi Adekunle Kioki.

We’ll Collect Every Kobo In The Hand Of Contractors…

He said, “whoever that is Angry with me should please stop angry because I’m not fighting with anybody, although you are just angry with me for nothing, it’s not a matter of pride, nobody can do anything for me because he has powerful voodoo inside him that is different from his enemies.

He said: “I don’t care about what people say about me, I know some people who are saying Sunday Igboho should not talk like that are just jealous of me because they know what I’m saying is right. People are just seeing my face but What is inside me is different from what is Inside other people”

Watch in video below till end…

Agitation For Yoruba Nation May Degenerate Into War, If… — Ladoja