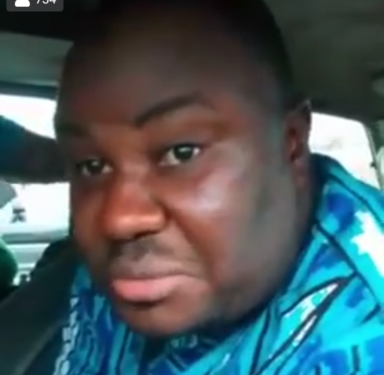 One of the operatives of Directorate of State Services (DSS) who is identified as Seun Olayinka was arrested and interrogated by Sunday Igboho boys during their awareness campaign for Yoruba nation rally in Osogbo on Saturday, May 15, 2021.

Olayinka was accused of bugging the car number of Sunday Igboho for a reason best known to him.

But when asked why he was at the rally, he said he came in solidarity with the agitators but he later confessed that he came from the Federal DSS on a spy mission.

Watch the video below…