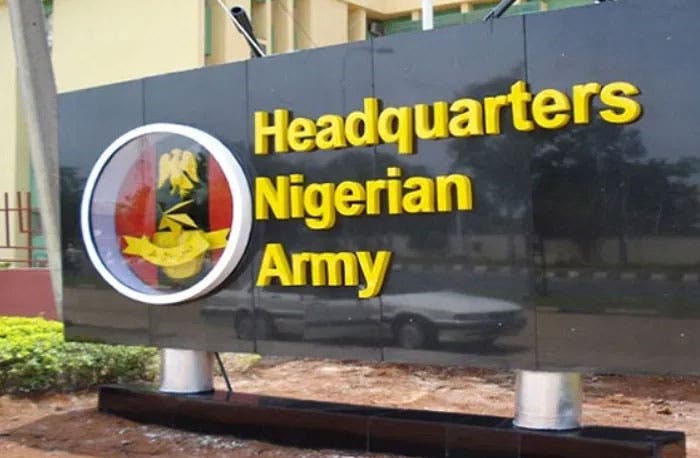 From the Nigerian Defence Headquarters on Monday, came a stunning revelation that at least $2 billion dollars (about N826 billion), would be needed yearly, to tackle the worsening insecurity in the country .

Director of Production, Defence Headquarters, Air Vice Marshall M. A. Yakubu, who made the disclosure during the public hearing on the Armed Forces Support Trust Fund Bill said even the sources of funding which the Bill prescribes were insufficient to address the problem.

The public hearing was organized by the House of Representatives Committee on Defence.

The Bill seeks to improve the software, hardware and training for the Armed Forces of Nigeria.

Yakubu said the projection for the funding for the Bill is about N100 billion per year.

This, he said, was still inadequate even if it is eventually achieved when the Bill becomes law.

“I have been a defence attache with the United States from 2014 to 2017. I have been a Director of Procurement at the headquarters of the Nigerian Airforce for another two years. I have been a chief of logistics also at the headquarters Nigerian Airforce for another two years. So I am fully conversant with what it takes to run the affairs of a fighting airforce. I also understand the limitations we have in Nigeria and what it should have been. I want you to understand how large is this problem we are trying to address before I make my point.

“Every year, how do we get our budget, capital budget specifically? An arbitrary envelope is simply thrown at us. This year for example, your budget cap should be be N20 billion. It does not take into consideration what are the actually needs. What do you need to meet those needs. Now that is one, secondly, we are all aware of the exchange rate fluctuations. We have run into problems where even working with approved budget envelopes, we have gone ahead to sign contracts for procurement of equipment and suddenly the exchange rate collapses on us and we are unable to fund it. We have found ourselves every year running back to the Federal government for interventions. This is not sustainable.

“The next thing I want to talk about is the cost of equipment. Talking from the point of view of an Airforce officer, who has been involved in procurement of equipment. Let me give you an example. The procurement of the 12 Super Tucano Aircraft cost approximately $500 million. Now this is a package. The United States would not sell equipment to you and just give you the equipment there. There must be support package for a minimum of three years. There must be training and other things. That total package came to that amount. How many years would it take you to budget?

“The maximum we have received from 2017 to date we have received in capital allocation for the airforce was about N44 billion per annum. Convert that at the current exchange rate. How many years do you need to gather 500 million dollars to buy just 12 aircrafts? Look at the expanse of land we are required to cover? Nigeria is over 920, 000 square km. Every inch of the land needs to be covered by either surveillance or capability to attack. Where can you get those equipment to cover this land. Even the northeast alone, how much does it take to maintain even existing aircrafts? Because of this, I sincerely believe that the sources we are considering for this Bill are grossly inadequate. Let us look at it.

“Last time about two weeks ago we had a brief discussion of what we intend to generate from this. We are estimating something in the range of N100 billion per annum. Convert that to dollars because virtually all the equipment are imported. This will go nowhere. And it would not address the problem we are seeking to address unless we expand the sources. Nigerians I know are tired of being asked to pay for something. The level of poverty everybody appreciates is severe. However nobody wants to sleep with only one eye closed. Everybody is scared of traveling on the road because of insecurity. Therefore I would urge that all stakeholders must educate citizens to understand the need to sacrifice because if we do not do that to address this problem sincerely speaking would continue to be a mirage.”

He also called for the improvement in the percentage of various areas that are expected to fund the trust fund.

“If we are not able to raise a minimum of $2 billion dollars per annum in the next three years for a start, subsequently maybe we can begin to taper down the percentages. But for a start we need a bulk sum because of many of these manufacturers of equipment require 100 percent down payment to even start production. So you cannot sign a contract example with the US manufacturers and pay 15 percent mobilization as required by the procurement act. Nobody would look at you. Their terms must be followed. Many times we are asked to pay 100 per cent. The example is the super tucano. This one is on government to government. They insisted 100 payment within 30 days. No budgetary allocation would fund that,” he said.

What PDP Governors Discussed, Agreed On In Ibadan