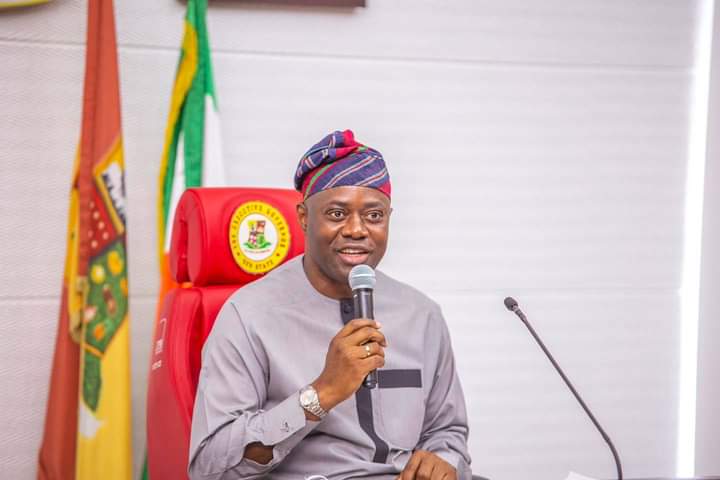 Iseyin Customs Shootings: Makinde To Compensate Families Of Killed Persons With N1m Each

Governor ‘Seyi Makinde of Oyo State has promised to compensate the families of those who lost their lives during a gun duel that ensued during a shootout between men men of the Nigeria Customs Service and smugglers in Iseyin on Eid-el-Fitri day with N1m each.

The governor made the promise on Tuesday, at the Palace of Aseyin of Iseyin, Oba Abdulganiyy Adekunle Salau, while on a campaign tour to the town, ahead of Saturday’s local government elections in the state.

Governor Makinde, who commiserated with families of the deceased, stated that part of the reasons something like that could have happened was that the country is facing hard times and people needed to feed themselves.

His words: “I greet everyone in this gathering today and, most importantly, the party members. I am here today for two major reasons. First, there is no how we would campaign in Iseyin and would not come to greet you in the palace.”

“The second reason has to do with those who died during the recent clash between Customs official and some of our people. Customs is a federal agency but we cannot extricate ourselves from their personnel who are here with us in this state.”

“Part of the reasons why something like that could have happened is that the country is facing hard times and people need to feed themselves. I consulted the State party Chairman, Alhaji Kunmi Mustapha, and also met with about five families involved in this issue.”

“I prayed for them and assured them that God will comfort and stay with them. I equally gave them the assurance that such occurrence will not repeat itself.”

“Therefore , I will like to urge some of us to support those who lost their family members to the occurrence. In my capacity as the governor of the state, I will give N1m each to the families involved. I also want to promise that the government will send a delegation to engage with each family to know what we can do to stabilize them and we will definitely do what is possible.”

“In the event that a thing like that happens afterward, there is a tendency that we might want to take laws into our hands but I want to appeal to us not to do that but rather believe in your government that we will always fight for you. We don’t want any further loss of life and we don’t also want destruction.”

“During the #EndSARS protest, we are all aware that the Police station here got burnt and we are still trying to rebuild it. So, I am saying this because I don’t want to burn our candles at both ends. Let us just accept the fact that any issue that is needed to be taken up with both Customs and federal authorities, we will do it,” Makinde vowed.

The governor, while boasting of the Peoples Democratic Party’s victory in the Saturday’s local government elections, urged residents of the state, to go out en-masse to vote for their reliable candidates.

“Concerning the election coming up on Saturday, I want you to go out en masse to vote for reliable candidates. I am sure you know that the PDP has put forward the candidates you can trust. So, go vote for the party and I believe that when they are finally elected, they will replicate what the state government is doing in the city.”

“I want to remind you that I recently told the Governing Council of LAUTECH that the proposed Campus in Iseyin must begin to operate this year. So, be prepared because students will soon be trooping into the area,” he said.