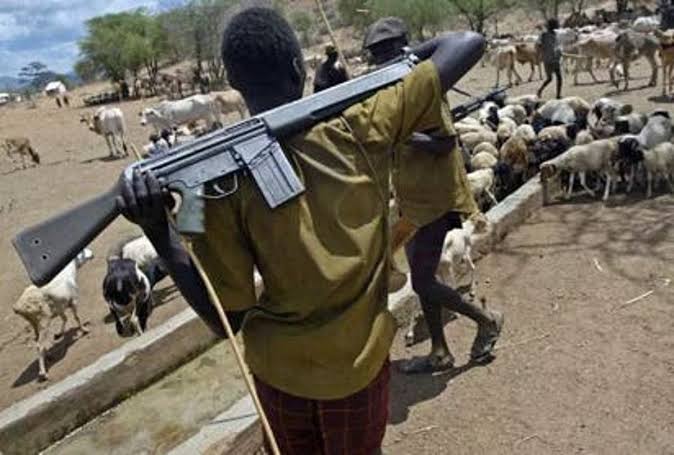 Three biological sons of Oyo embattled Seriki Fulani(Alhaji Abdul Kadir Saliu), who are Maman Saliu, Ibrahim Saliu, Aliu Saliu and others have been alleged of masterminding the security failure in OkeOgun, Ibarapa and other parts of the state.

Alhaji Abdul Kadir Saliu who resided in Igangan, Ibarapa axis of Oyo State was said to have been banished in the area by the human right activist, Chief Sunday Adeyemo popularly known as Sunday Igboho, following an allegation of conspiracy and dastardly acts that centered on abduction and maiming of countless indigenes.

However, the attention of Oyo State Government, the Security Agents, the Alaafin of Oyo, His Imperial Majesty, Oba (Dr) Lamidi Olayiwola Adeyemi III, and the community leaders in Oyo State has been drawn to security threat being orchestrated by the embattled Seriki Fulani, his sons and others, and which could no doubt undermine the peaceful co-existence in Oke-Ogun, Ibarapa area of Oyo State, owing to some dubious activities being perpetrated by some unscrupulous elements in the state.

According to an investigation, we learnt that those people are already strategising, harbouring criminals recruiting bandits, Kidnappers, robbery activities and engagement in other social vices which are capable of causing the disruption of peaceful coexistence in the state.

The source who pleaded anonymity for the sake of retribution revealed that those people are instigating, recruiting bandits and armed robbers to terrorize the people in the state.

For the sake of veracity and emphasis, an impeccable source hinted that Eight(8) people are being fingered, of which Three(3) of them are the biological sons of the embattled Serkin Fulani, Alhaji Saliu kadir who was banished out of Oyo State recently.

The names are: Maman Saliu, Ibrahim Saliu, and, Aliu Saliu, Who are currently in Ilorin, Kwara State. Others include, Mamudu Abagu (from Iganna), Alhaji Mumini, the immediate past Chairman of Meyetti Allah (Abeokuta branch), Hajia, Aminat (from Oyo) and Alhaji lawal Galadima also from Oyo.

The aforementioned people, our filler from the Fulani community in Oke-Ogun and Ibarapa hinted that they were dissatisfied over plan to remove the embattled Serkin Fulani, Alhaji Abdul Kadir Saliu by some Fulani groups in Oyo state.

Therefore, we learnt that their plans, if successful, may lead to ethnic conflicts that can lead to civil unrest and breaking down of law and order.

The source therefore called on Oyo state government to begin search light, henceforth to Ibarapa, Oke-Ogun in particular Oyo state in general, as well as placing the aforementioned names on their watch list, the source pleaded.

Insider Details Of How Ibadan-Born Banker, Adeduntan, Was Reinstated As Firstbank MD