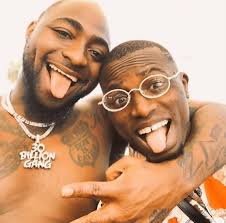 Aloma, a former personal assistant to Nigerian superstar singer, Davido, has revealed how he was offered N100m while in Police custody to indict Davido over their friend, Tagbo Umenike’s death.

Tagbo was a friend of Davido. He died in 2017 from excessive alcohol consumption, according to autopsy reports.

In an interview with popular singer and beatmaker, Jahbless, in his podcast ‘Original Intelligence’, Davido’s former aide revealed that Tagbo died in his arms.

Recounting how the young man died, Aloma said, “On that fateful day, it was Tagbo’s birthday. We were at Shisha Room celebrating. We were all taking Tequila, but when we noticed that Tagbo was drinking too much, we had to caution him. Even David cautioned him as well.

“We had all stopped drinking except Tagbo. I guess he was too excited because it was his birthday. When we realized that he was drunk, we had to leave. More so, there was a show we had to attend. When we were leaving, Tagbo wanted to ride along in David’s car, but David said they should go and drop him at home. That was the last time I saw Tagbo.”

Aloma noted that after they left the Shisha Room, they went to the club and then, the show they had at Oniru.
According to him, they received a call from the person that drove Tagbo home that he (Tagbo) was not feeling fine.

He said, “We advised the driver to take him to the hospital. I also left where I was to meet the driver and we took him to a general hospital. I carried Tagbo into the hospital. We waited for about 30 minutes in the hospital but nobody attended to us; they kept saying that the doctor will be with us soon. They said we should call his parents and we told the hospital staff that he is our close friend, and we have the money to pay. After about 45 minutes of waiting, I heard Tagbo say, ‘Aloma God bless you,’ and he died in my hand.”

Aloma stated that shortly after the death of their friend, he was arrested for murder. He mentioned that he spent 18 days in an overcrowded cell, and at a point, he was offered N100m to indict Davido, saying the singer killed his friend, Tagbo.