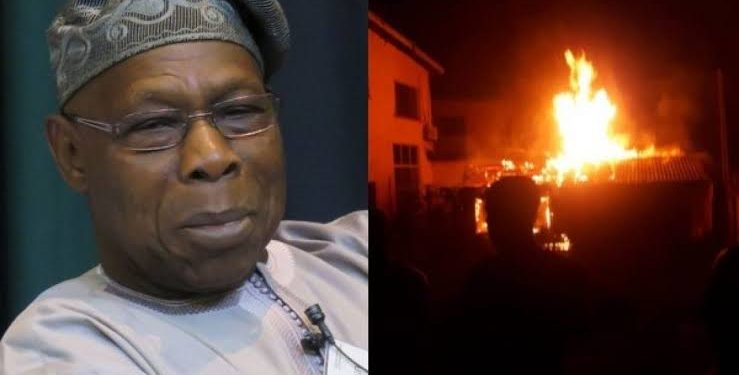 No fewer than two persons feared dead as explosion rocks the Olúségun Obasanjo Presidential Library in Abeokuta on Thursday.

It was gathered that the explosion occurred around 11 am at the Marcque event centre within the Library, when a routine cleaning was being done while one of the gas cylinders in the event centre exploded.

A source revealed that some dead bodies have been taken by a rescue team that arrived at the scene shortly after the incident.

When journalists visited the library, it was observed that both gates at the entrance and the exit were under lock and key.

Attempts by newsmen to gain access failed as the guards at the gates sent everyone that wanted to enter back.