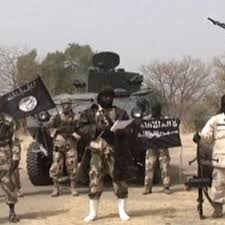 A source knowledgeable about the Islamic State of the West African Province (ISWAP) and Boko Haram terrorists group has revealed that ISWAP stormed Shekau’s camps “following massive protests against his leadership style after he had eliminated some top Boko Haram Commanders including Abu-Fatima, his Chief of Staff who doubled as the Operation Commander within the past one month”.

According to the source, ISWAP then concluded that with all the mistakes, Shekau was derailing against the main cause they had charted for themselves and that it was time for him to be taken out by force of arms.

It was gathered that following the death of Shekau, ISWAP fighters in over 30 gun trucks and dozens of motorcycles stormed Sambisa forest forcing the Boko Haram Commanders loyal to Shekau to surrender or face instant execution.

The source added that after the development, Abu-Musad Albarnawy, who had gone underground for a while now, was reportedly re-appointed as the new leader of ISWAP in the Northeast war theatre by the ISIS leadership which has become the major source of strength for the insurgents.

Albarnawi, who claimed he had received directives from the ISIS, maintained that he had been designated by the Amir al Muminin (the IS Caliph) to take over and coordinate all activities of the insurgents under one umbrella for easy movement of funds, weapons, and materials.

“The ISWAP and Boko Haram have been engaged in several infighting for superiority among factions resulting in the elimination of dozens of Boko Haram fighters from both sides within the past five years”.

The Islamic State of the West African Province (ISWAP) under the new leadership of Abu-Musad Albarnawy has taken over all territories under the control of late Abubakar Shekau in a major revenge onslaught against the former Boko Haram leader.