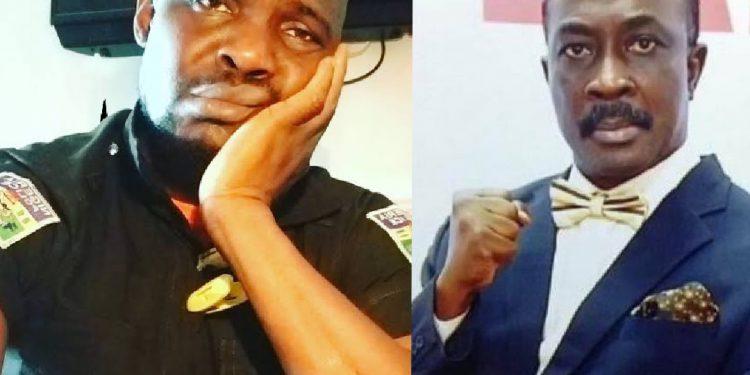 A man identified as Prince Kayode Olabiran, has been claimed to be the real lawyer of embattled Nollywood actor, Olanrewaju James popularly known as Baba Ijesha.

According to a family source of the actor, the lawyer who have been seen reacting on video over his bail, Adeshina Ogunlana is not the real lawyer but only parading himself across social media as the actor’s lawyer.

According to a statement made available to the press, the acclaimed lawyer to the actor, Prince Olabiran said that Ogunlana was never his lawyer.

He noted that Baba Ijesha’s lawyers include himself and one Jane Ogunbiyi, adding that the widely-paraded solicitor has never been the actor’s lawyer.

It would be recalled that Baba Ijesha was arrested by the Lagos State Police Command for sexually harassing a 14-year-old girl, a foster daughter of popular comedienne, Princess before he was later granted bail on Monday.

Meanwhile the family source of the embattled actor who preferred anonymity said this is not occasion for counter blame as police have done the needful according to the constitution of the land. The source who claimed to have spoken with Baba Ijesha however appreciate all numerous fans of the actor including Ogunlana while he cautioned him against making the case for the actor on social media.”

The source said that, “As a family member of the accused person, we have been talking with Bar Kayode Olabiran and Ogunbiyi and Co which was well briefed by our brother, the team were the lawyers who visited him and facilitated his bail and as at when I spoke last with my brother, the team of Olabiran and Co are still battling to perfect the bail, to the best of my knowledge, the delay is no longer from the police.