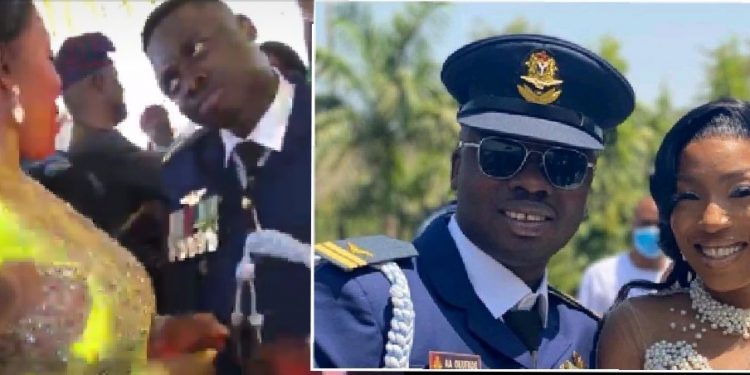 The Pilot, Flt Lt A.A. Olufade who died in the ill-fated air crash that claimed the life of Chief of Army Staff (COAS), Lt General Ibrahim Attahiru, got wedded to his heartrob but little did he know the union will last for only three months.

He was seen in a viral video dancing with his heartrob. The happy new wife had no way of knowing she’ll be a widow in three months.

May God Almighty give his loved ones the courage to bear this irreparable loss.