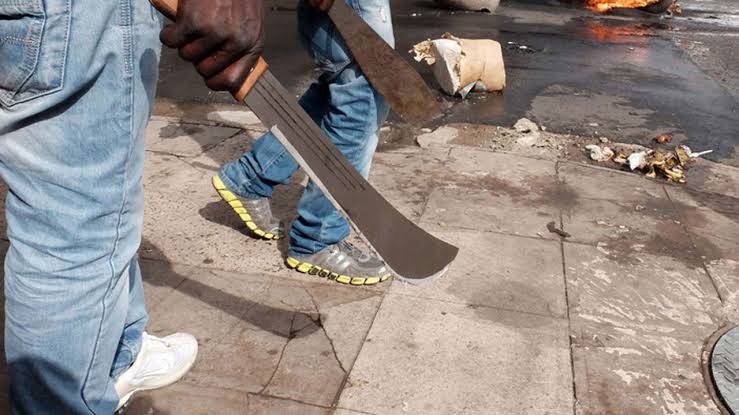 Prior January 18, 2021, there were reports flying in the air about the excesses and atrocities of how some area boys and hoodlums named; ‘’Omo Federal’’, keep terrorizing the residents of Oremeji-Agugu, Idi –Osan, Ogbere-Moradeyo and Gbaremu- Idi-Obi along new airport road. The areas these notorious boys were operating cover Ibadan North East, Ona Ara and Egbeda Local Government areas of Oyo state. To buttress this, below is the link to the story published by this online newspaper to unravel the dastardly act of the areas boys:

It is surprising that, the publicity and the much attention of the concerned stakeholders drew to the height of insecurities in the area resulting from the illegal acts and excesses of these ‘Omo Federal’ boys has not yielded positive results.

It is worthy to assert that the said areas boys were not bold enough to come out and unleash terror on residents of the areas during the administration of late former Governor Sen. Isiaq Abiola Ajimobi, but, now they perpetrate evils without any recourse.

THE STATE OF THINGS

After the above-quoted publication across many tabloids in and outside Oyo state, the status-quo still remain, nothing seems obviously change from the dangerous operational activities of these hoodlums brandishing themselves, that keep growing wings and increasing in number every day.

A brief chat with some residents, shop owners, road users and other people whose activities of these people are affecting, they all cannot recall the count of the number of times they hurriedly closed down shops and shut their businesses, lock up their houses and the 4-4-2 running for the safety of their respective lives. Sadly, the Nigeria Police Force (NPF) Agugu Divisional Headquarters seems to be incapacitated to curb their excesses with reference to numbers of times they have had a heat up duel with them.

On record, the new security outfit, Amotekun, has had several encounters with them on many occasion when they receive distress call from residents of the areas, which they keep wining against the locally sophisticated Amotekun. They are probably armed to the teeth when it comes to open fight with the security agencies. At a point, the notorious gang grounded the vehicle of Amotekun outfit.

Maybe it should be established that, the landlord and landladies associations in those affected areas are highly incapacitated on the issue. They are tired. They are helpless. They are giving up on the fight against the hoodlums that will not stop frustrating the life out of them.

Recently, this newspaper received many reports and complaints about the not different from collection of ‘ransom money’ by ‘Omo Federal’ who are forcing tanker drivers to pay for their lives. It is not just collecting pea nut money but a huge amount of money from five digit upward or have their vehicles destroyed beyond the five digit repairing. Any driver whose truck broke down in the night received torture and molestation

LG Election: We Have No Hand In The Death Of Two Persons At…

A brief chat with few affected tanker drivers plying the both side of the expressway recently revealed that, many things are not right in that spot, as they cannot peacefully park and take some rest without regretting of doing so. It is either they removed their tanker battery or drawing part of the petroleum products they are to deliver to their respective customers or carted away goods they are taking to customers. To them, it is definitely a shortage on their own income as the customers will not wait to hear the unimaginable story of the illegal obtainment from them by those hoodlums.
One of the drivers who spoke with FreshPage on condition of anonymity said; “It is sad that this is happening in a state where he has not owe any tax. I have my tankers registered here in Oyo state. And I’m paying my dues. Seeing these people harassing me and other drivers in almost every time we decided to park or quickly do some routine check on our vehicles here under bridge is unwarranted.”

“The last time I parked after the bridge there (pointing at the place) for a little nap, it was on my sleep I overheard someone saying, quickly removed the battery. By the time I open my eyes, they were about taking the battery away. They then said to me; pay N50k or you forget the battery and we deflate your tyre.”

“I have no choice than to beg them and pay less than that N50k. My other drivers had complained about that in just a week to my own experience which I did not believe until that moment.”

Another victim of extortion among tanker driver said; “Those boys nearly killed me the last time I try to challenge them. Before I could utter any word, I received slaps. They have deflated my tyres and collected the money with me. It was the grace of God that made me survived the torturing.”

Away from the tanker drivers, the harassment some private car owners and that of the commercial drivers face cannot still fresh in the memory of the victims. No driver can peacefully park without having some of his or her belonging stolen during the night time.

A resident who didn’t want his name in print said; “There is nothing they are doing other than daylight robbery.”He begged Oyo state government to rise up to the challenge.

“How can government help her helpless citizens in ensuring protection of lives and that of their properties?”

“The government cannot keep looking to be watching her citizens subjecting to illegal obtainment and obvious existence of daylight robbery.”

The government needs to live up to the responsibility of protecting the lives and properties of her citizens, and if these people are not timely arrested and rehabilitated, there is a serious danger ahead.