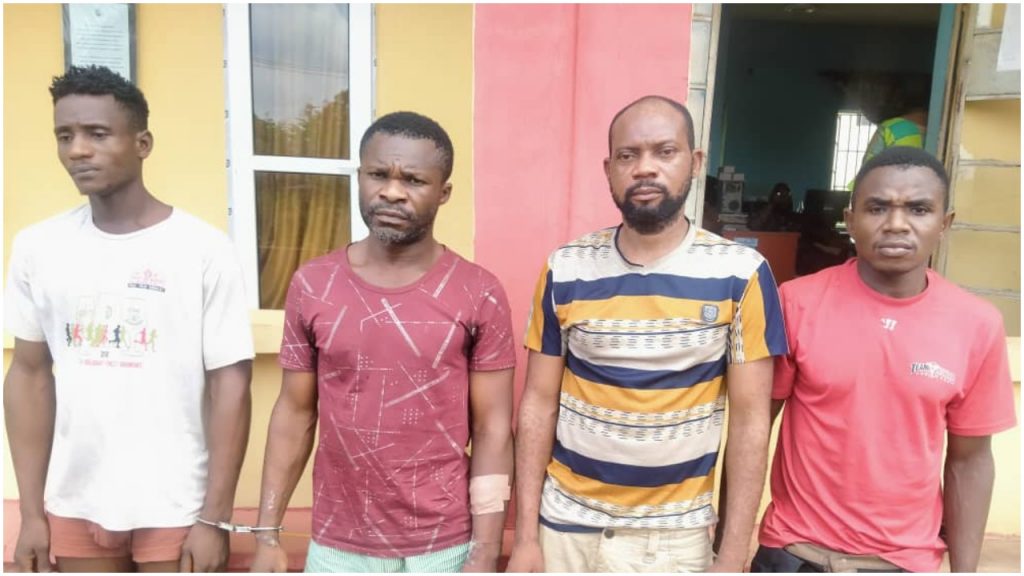 Four men have been arrested for allegedly hijacking a trailer load of Golden Penny flour in Ogun State.

The police on May 5 nabbed the four suspected armed robbers, who had hijacked the truck along the Sagamu-Ijebu-Ode highway on April 16, 2021.

The suspects were identified by the police as; Eze Anthony Sopruchuckwu (34), Eze Chijoke Edeh (29), Olalekan Ayodele Muritala (44) and Samuel Johnson (32).

They were all arrested following a report lodged at Ikenne police station that the trailer, with registration number, ANG 57 LG, loaded with 600 bags of Golden Penny flour and driven by one Ahmed Tiamiyu, was hijacked along the highway.

After hijacking the truck, “the driver and his motor boy were reportedly taken to the bush, where their hands were tied to their backs and their mouths gagged, before taking away the truck and the flour products,” Ogun police spoken, Abimbola Oyeyemi said on Monday.

Upon the report, the Commissioner of Police in Ogun, Edward Ajogun, was said to have directed that the case be transferred to the Special Enquiry Bureau at state police headquarters, Eleweran, Abeokuta, for discreet investigation.

Oyeyemi said the DSP Ade Akiti-led squad, swung into action and embarked on a technical and intelligence-based investigation.

“Their efforts paid off when one of the suspects was traced to Ikorodu in Lagos State and promptly arrested,” said Oyeyemi.

He added that “175 bags of Golden Penny flour were recovered from the warehouse of the gang leader, Eze Anthony,”

‘History Won’t Be Kind To You’, Ilana Oodua Tackles Tinubu, Others For Opposing Yoruba Nation