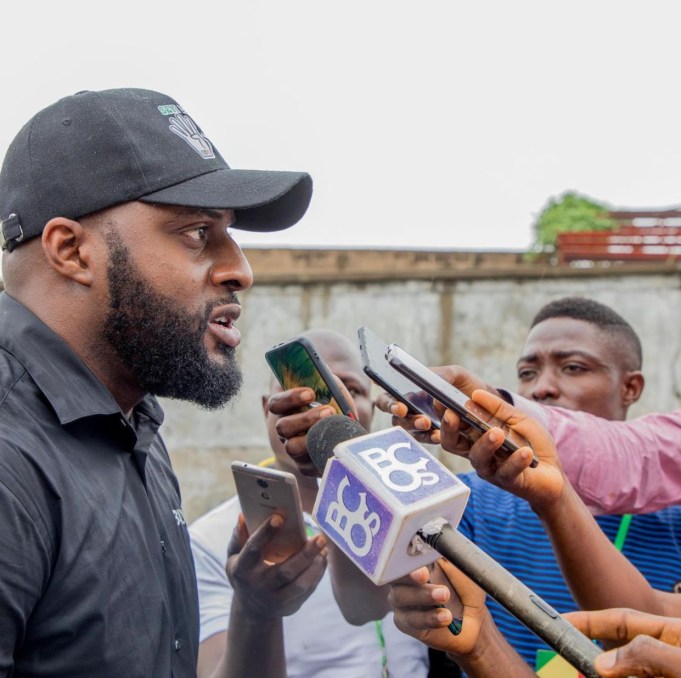 The Speaker, Oyo State House of Assembly, Hon Adebo Ogundoyin has called on Security Agencies to as a matter of urgency unravel those behind Eruwa shooting , describing the development as condemnable, unfortunate, unwarranted and sad.

Hon Ogundoyin while reacting to the death of two people in Eruwa on Saturday during the Local Government election condoled with the families of the victims and the entire people of Eruwa on the sad occurrence.

According to the Speaker, it is completely wrong for any security Agent to open fire on the people no matter the level of provocation.

” I sent my condolences to the entire people of Eruwa and the families of the bereaved in particular. This is grievous and really tormenting. There’s however the urgent need for the Nigeria Police to commence full investigation into the events that led to the death of the two persons , and their findings should be made public pretty soon.

” Eye witness accounts said that Customs officials shot sporadically to disperse a group of supporters who barricaded the road , and who were demanding that their candidate be declared the winner. There’s no justification for officials of NCS or any other Security Agents to shoot and kill people in such a situation. The action of the officers is condemnable and reprehensible, and anyone found culpable in the course of investigation should be brought to Justice.” Hon Ogundoyin stated

He described as untrue the rumor making the rounds that he sponsored political thugs to attack his own people, and stressed that the malicious and misleading information was orchestrated by disgruntled political foes who believe politics is a do or die affair.

The Speaker again maintained that he will never hurt, maim or shed any blood for any political gain.

” Why would I import political thugs for Local Government election? This is unthinkable. That’s another propaganda and cheap political lie. I have won two elections against incumbent and ruling political party in Oyo State. I didn’t use political thugs against my people. They gave me their mandate freely, and on trust. Why would someone think I will start using political thugs now or disrupt voting process when myself and the PDP Government in Oyo State are enjoying the support of my people. Let me reiterate that we will continue to stay connected with our people. ”

” At this point, it is also necessary for me to urge OYSIEC to investigate allegations of ballot box snatching and stuffing if any in Eruwa to ensure that the Election is not only credible but also acceptable. ” Oyo Speaker said.