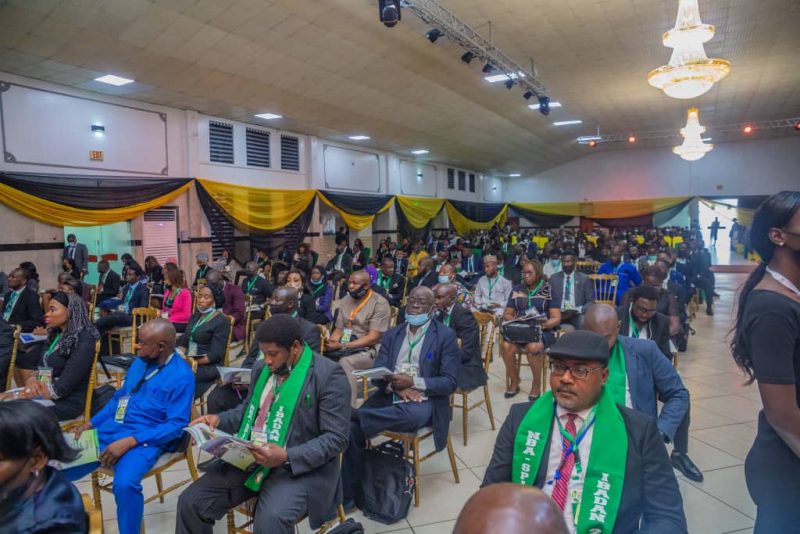 The Oyo State Government has sent an Executive Bill to the Oyo State House of Assembly proposing the establishment of the Office of the Public Defender.

Gov Makinde also noted that his administration has been acting in defence of public interest and making legal aid available to indigent residents of the state.

Meanwhile, the Governor described the NBA-SPIDEL Conference and others like it as positive additions to the nation, saying that lawyers play a crucial role in shaping national discourse.

A statement released by the Chief Press Secretary to the governor, Mr. Taiwo Adisa, stated that Governor Makinde lauded lawyers in the country, saying that when they get involved in national discussions and debates, “they often bring perspectives that laymen may not have thought about or contemplated.”

He said: ‘It is my pleasure to welcome you all to the 2021 NBA-SPIDEL Annual Conference. I remember when the Chairman of the Section of Public Interest and Development Law (SPIDEL), Prof. Paul Ananaba, SAN, and his team visited us last month to invite us to this conference, I assured them then that we would work with the NBA to ensure that this conference turns out a success.

“Looking around this room today, I can rightly say we kept that promise. We are happy to receive you all, and we hope you have fruitful engagements during this conference.

“I am always happy to be among lawyers, especially brilliant lawyers. I mentioned the other time that we have six lawyers in our cabinet, and they are some of the brightest minds that we have.

“In the larger society, lawyers play a crucial role in shaping national discourse. For one thing, by virtue of their education, they are better able to understand our laws and constitution and interpret them. When lawyers get involved in national discussions and debates, they often bring perspectives that laymen may not have thought about or contemplated.

“So, conferences like this one remain a positive addition to our nationhood.”

Speaking on the theme of the conference, he said: “The Role of Public Interest in Governance in Nigeria,” Makinde said: “Today in Nigeria, everyone wants good governance. But the methods of achieving it seem to keep eluding us. When it comes to the relationship between public interest and governance, things get even trickier.”

“We are living in an age where people are demanding more from those in authority. Citizens are calling for greater transparency and accountability, and they are demanding more inclusiveness. I hope that we would have moved several steps closer to finding that balance at the end of your deliberations.”

“I have also had the opportunity to look at the themes and sub-themes of some of the sessions. I must say that they have been well-chosen to put good governance in Nigeria on the front burner of national discourse. I will refer to one of the actions our administration has taken to defend public interest and make legal aid available to indigent citizens.”

“Our Attorney General and Commissioner for Justice, Prof Oyelowo Oyewo, SAN, transmitted an Executive Bill to the Oyo State House of Assembly proposing the establishment of the Office of the Public Defender. I am happy to report that this process was finalised in record time. This further guarantees the rights of citizens of Oyo State and delivers on our core mandate on justice reforms.”

“As we continue to engage in these important conversations, the citizenry is given a chance to better understand the issues at stake and the role they must play in achieving the level of development that we all look forward to in this country.”

Makinde appreciated the NBA-SPIDEL for bringing the conference to the Pacesetter State, urging the conferees to enjoy the beauty and hospitality of Ibadan and to try out its local drinks and meals such as amala and gbegiri.

Earlier, the Chairman, NBA-SPIDEL, Prof. Paul Ananaba, SAN, said that the country is not being governed with public interest as the concern of the ruling class.

He urged the leaders to lead in public interes to curb the myriad of challenges facing the country.

He also charged NBA members and other dignitaries at the event to always speak in the interest of the public.