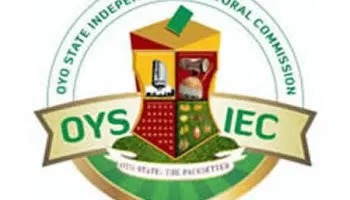 The OYSIEC Chairman, Isiaka Olagunju announced him as the winner after the collation of election result.

The candidate emerged, having garnered 19,744 votes.

The Commission, on Sunday, had earlier declared 32 PDP candidates as winners of the election conducted in 32 out of 33 LGAs in the state.

Recall that the Ido LGA election was rescheduled to hold today, Wednesday, 26 May 2021, as a result of omission of ZLP logo on the ballot papers