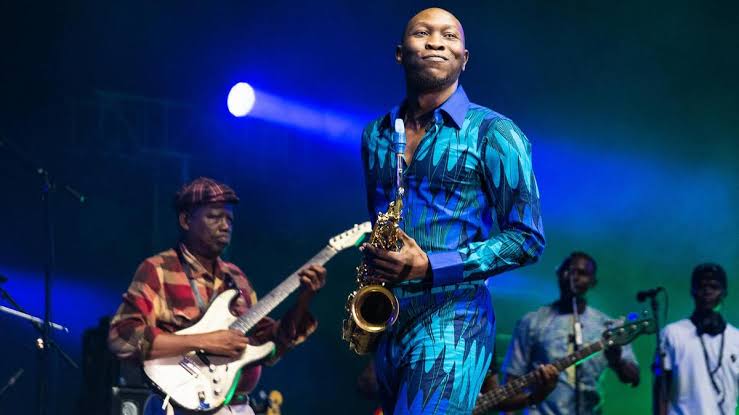 Seun, who is also an activist aside his music, walked out on the governor at his eldest sister, Yeni’s birthday celebration.

The artiste caused a stir when he raised his middle finger as the Governor walked into the occasion to celebrate with Yeni, openly expressing his displeasure at the presence of Sanwo-Olu.

Hip TV reports that the music star was later brought back into the Shrine by his elder brother, Femi Kuti who calmly and swiftly curtailed the situation before it could escalate further.

And reacting to the development, Yeni Anikulapo-Kuti denied that Seun, insulted Governor Sanwo-Olu, at her 60th birthday.

Yeni, who is also a co-host of ‘The View’ made the clarification on Twitter following a trending video showing Seun walking furiously away from the governor’s direction.

Yeni tweeted “What happened was that the security detail in the course of doing their duty pushed his wife.