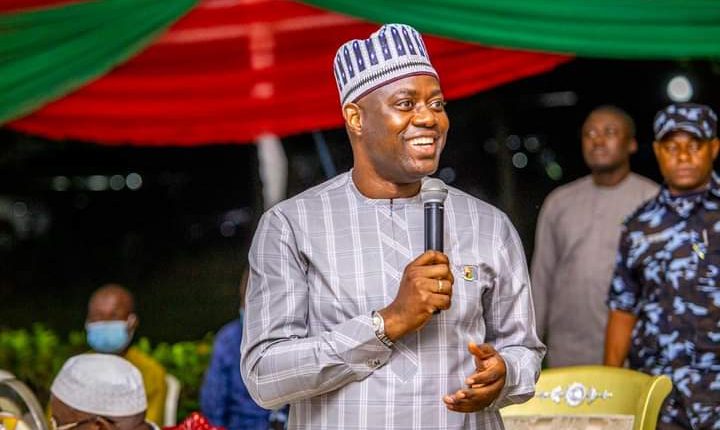 Oyo State Governor Seyi Makinde has been sucked into a moral battle, and it is imperative he fully discharges the responsibility entailed to come off with his image intact.

There was an accident in Ogbomoso last Thursday which resulted in the death of a little girl while Mr. Governor was in town for the Peoples Democratic Party (PDP) campaign rally preparatory to council elections that held in the state at the weekend.

The girl was reportedly run over near the rally venue by a car many suspected was part of the governor’s convoy. But the governor has denied the affected car was from his motorcade.

According to accounts, the victim was fatally crushed in front of her mother’s shop by a vehicle that went off-track. Former Governor Adebayo Alao-Akala illustrated the tragedy with its visual aftermath: “(It) was heart rending seeing the father of the little girl carrying the lifeless body of his child in tears and anguish,” he said a statement, challenging the incumbent to ensure thorough probe of the incident and make the findings public.

“Whoever, no matter how highly placed, was involved should be brought to book with justice served accordingly to serve as a deterrence to other reckless drivers,” he added.

On the heels of the mishap, Makinde condoled parents of the victim but rebuffed claims that the killer car was from his convoy. “I received with deep concern the report that my convoy ran over a child on our way to Ogbomoso earlier today.

“I Was Offered N100m To Indict Davido Over Tagbo’s Death,…

Many Feared Killed, Several Injured As Tanker Rams Into…

Our preliminary investigation revealed that the child was hit by an individual driving a Toyota Matrix car who lost control of his vehicle. He was not part of my convoy.

My heartfelt condolences go out to the parents of the child. May her gentle soul rest in peace. Investigations are ongoing and we will ensure the perpetrator(s) is brought to book,” he tweeted.

A subsequent statement from Makinde’s office indicated the mishap occurred when the driver of the ill-fated vehicle lost control after its front tires burst on motion close to the PDP rally venue.

Spokesman Taiwo Adisa explained that the governor’s convoy had arrived the rally venue, with the governor and his entourage settled in and the programme underway when some townsfolk stormed in with the body of the child.

Arguing that the affected car brand was never part of governors’ convoys in Nigeria, he added: “While we await further details on the identity of the driver from security agencies, the people of Ogbomoso should remain calm and be assured that government will get to the root of this matter.”

But if townspeople linked the governor’s convoy with the mishap, there must be some basis for that connection, no matter how remote. Could it be the convoy movement harassed the ill-fated car off track, for instance? There could be other possibilities.

The connection must be unravelled, publicly disclosed and fully remediated for the governor to be relieved of his moral burden.

MAKINDE CLEARS THE AIR: Says He Is Not Worthy Of Taking The Glory For Serving The…