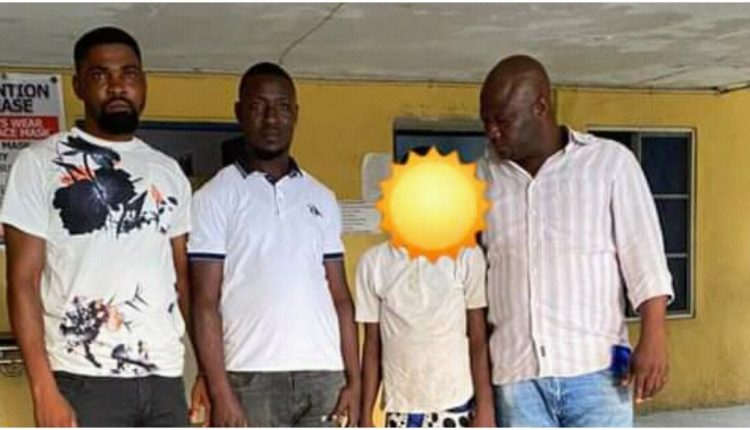 The suspect’s arrest was made possible by the Committee for the Defence of Human Right, CDHR, Orhunwhorhun/Usieffurun Unit who followed up on the matter.

Over fifteen pastors have been prevailing on the CDHR not to take up the matter and press charges against the suspect but to let God be the judge.

The State Secretary of the Committee for the Defence of Human Right, Comrade Israel Joe insisted and asked, “Did Jonah Agbenor realize that God would judge when he was every day sexually abusing the little girl with threats that if she speaks out, she would die?

He stressed that “We are no longer comfortable with his plea for peace. It is a criminal offence and should be transferred to the State Headquarters for further investigations and prosecution.

“Being a pastor does not keep one immune from issues of criminal prosecution.”

When contacted, the Divisional Police Officer, DPO Otu-Jeremi Division said, “Am not the Police PRO. So, I cannot talk with you on phone. If you want to come and meet me, meet me in the office.

Our Correspondent who has been following up on the matter reports that the suspect has been transferred to Delta State Police Command, Asaba for further investigation and possible prosecution.

The Police Image maker said, “the incident is confirmed but it is you that told me that the man is a pastor. We don’t have information that he is a pastor.

“As far as our investigation is concerned, he is not a pastor. So, I don’t have any information whether he is a pastor.”