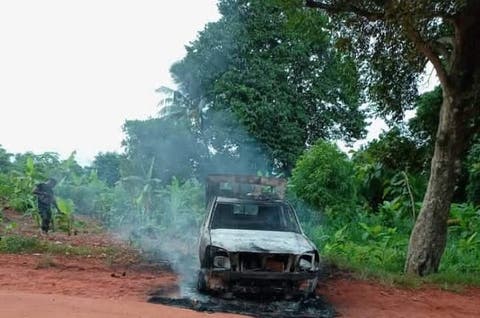 Operatives of the Delta State Police Command, in a swift response, have arrested the ring leader of the gunmen who attacked a police checkpoint and allegedly killed a cop in the early hours of Wednesday.

Confirming the arrest of the ring leader, the acting Police Public Relations Officer (PPRO), DSP Bright Edafe, disclosed that the attack was carried out by hoodlums from Akwuku-Igbo community.

“It was an attack perpetrated by some hoodlums from Akwuku-Igbo community, they killed one of our personnel, but the good thing is that the ring leader has been arrested and currently in custody, an investigation is on,” Edafe, who could earlier confirm the attack, noted.

‘We Must Choose An Integrated Approach To Governance’ ―…

He, however, didn’t give details of the identity of the nabbed ring leader who attacked the police patrol van.

TODAY SPLASH had earlier today reported that a policeman was killed by some gunmen, on Wednesday morning, after attacking a routine police patrol team and set their van on fire.

The incident is coming barely 10 days after some gunmen attacked Nsukwa Divisional Police Station and killed three officers as well as torching the station.

Who Is Afraid Of Saraki?