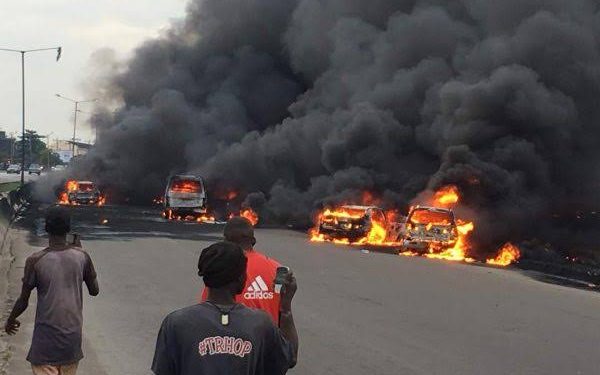 A fuel-laden tanker is presently on fire at the Otedola Bridge around the Lagos-Ibadan Expressway.

According to PUNCH’s report, first responders have arrived at the scene and are battling the fire.

Road users are also advised to avoid the corridor.

LG Election: Despite Pocket Of Violence And Controversy,…

WhatsApp List Out Phones To Lose Support From January 1st…