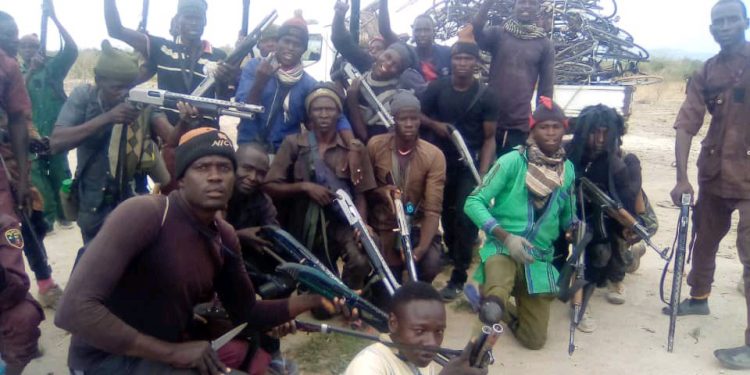 The Civilian Joint task Force known as the JTF has conducted a successful operation against the Islamic terrorist group known as Boko Haram in the Northeast of Nigeria.

The operation carried out by the Civilian Joint Task Force in the Gwoza Local Government Area of Borno State, which resulted to the death of many Boko Haram fighters and the recovery of several items in the region.

Pictures below are the items recovered from the them –

Reports indicated that the Civilian Joint Task Force in Gwoza Local Government Area of Borno State killed dozens of Boko Haram fighters that were hiding in the mountains of Kirawa.

The Kirawa town is closer to the border between Nigeria and Cameroon, where the Boko Haram terrorist were allegedly hiding from local security operatives in the Northeast of Nigeria.

Boko Haram fighters has been on the run since the death of their leader known as Abubakar Shakau who allegedly blew himself up to evade apprehension by the Islamic State in West African Province (ISWAP).

ISWAP has vowed to crush Boko Haram fighters and every structures related to the Boko Haram group led by Abubakar Shakau due to internal conflict between the two Islamic terrorist organizations.